NECC Solicits Photos for Anniversary Mosaic
November 18, 2021 – 7:02 pm
Northern Essex Community College is collecting photos, now through January 14, for a photo mosaic that’s being created in celebration of the college’s anniversary. Alumni, current students, former and… Read the full story »
In the News »

Haverhill, MA (December 1, 2021) – Their season may be over, but the wins keep coming for Northern Essex Community College women’s volleyball team. This week, freshman Dejalee Torres of Lawrence was named an NJCAA All-American. This is the first time a member of the college’s volleyball team has earned the honor. 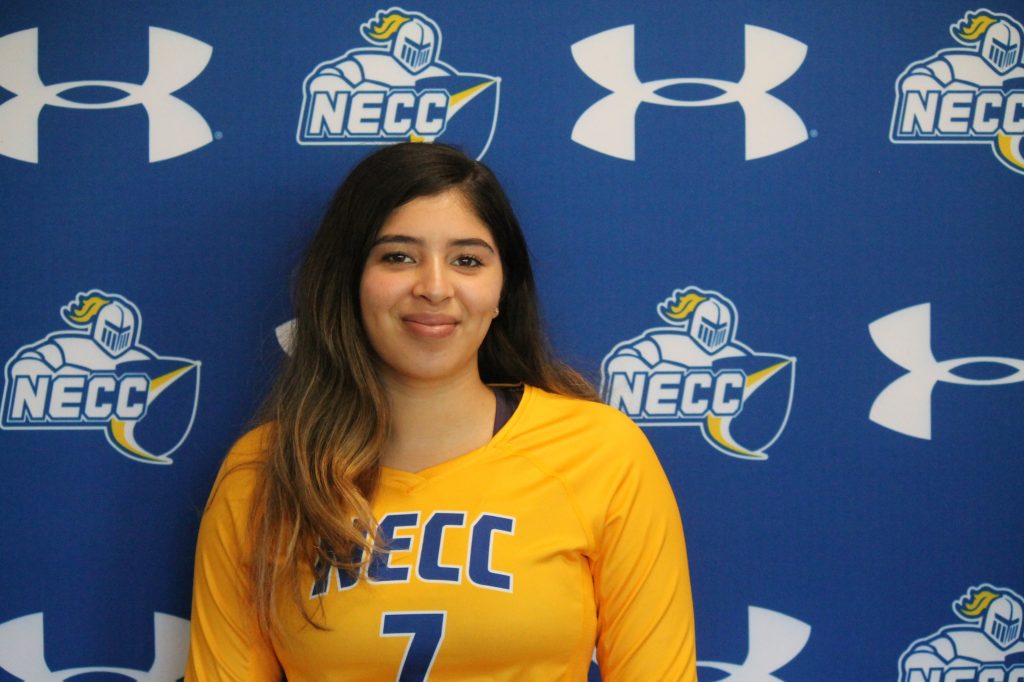 Dejalee Torres of Lawrence was named a NJCAA All-American

This season, Torres was a force on both sides of the net. She was the regional leader in both kills and kills per set, while ranking third in both hitting percentage and blocks per set. Her kills-per-set also ranked among the best in the country.

The Knights finished the season as NJCAA Region 21 Tournament runner-up, falling to the Community College of Rhode Island in the championship game after going unbeaten in the regular season against region opponents.

Haverhill, MA (November 17, 2021) The Northern Essex Knights basketball team has a lot of reasons to be proud of their season opening game: they bested a four-year school, the University of Maine-Augusta,…
More articles »

Board of Trustee Update: November, 2021

Dr. Paul Beaudin joined the college as vice president of academic affairs in early September and at…
More articles »

Opportunity to Get Ahead During Winter Break

Haverhill and Lawrence, MA (November 22, 2021) - Area students have an opportunity to make the most of their winter break. Registration is open now for NECC’s Winter Intersession. Dozens of classes will be offered online starting on January 3…
More articles »

Outdoor Theater Performance is a Success