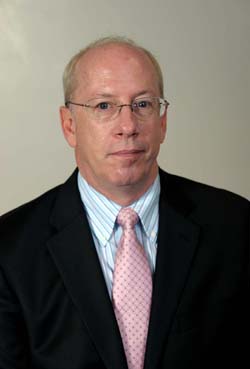 William D. Cox, Jr., Esq., of Haverhill, has been appointed to the Northern Essex Community College Board of Trustees by Massachusetts Gov. Deval Patrick. Cox, who has his own law practice, also has held the position of City Solicitor for Haverhill for more than seven years.

He has worked in the legal arena for better than two decades in both the public and private sectors. A graduate of Bradford College, he also attended the University of London and American University. Cox earned his Juris Doctris Degree from New England School of Law.

Prior to opening his private practice, Cox briefly served as assistant district attorney for Essex County.
He is currently board president of Career Resources Corporation in Haverhill, a member of the Northern Essex Community College legal studies advisory board, and a member of the Haverhill, American, and Massachusetts Bar Associations.

“We are honored to have a distinguished member of the law profession lend his voice to our board of trustees,” says NECC president Lane Glenn.