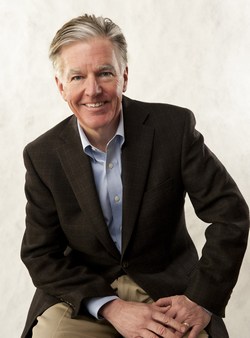 Northern Essex Community College will hold its 50th Commencement Exercises on Saturday, May 19, at 11 a.m. under a white tent on the quadrangle on the Haverhill Campus, 100 Elliott St. Close to 1300 graduates will receive certificates and associate degrees.

Marty Meehan, chancellor of UMass Lowell, will be the featured speaker.

“As a congressman Marty Meehan was a passionate and highly effective advocate for higher education in general and Northern Essex in particular.  And as chancellor of UMass, he has been our higher education partner in the Merrimack Valley,” said NECC President Lane Glenn.  “We are very pleased he has accepted our invitation to address our 2012 graduates and their families.”

“It will be an honor to address Northern Essex Community College’s Class of 2012. Many of the college’s alumni have gone on to attend UMass Lowell with great success in the classroom and beyond. We expect that will also be the case for many of this year’s graduates,” said UMass Lowell Chancellor Marty Meehan. “The strong relationship between our campuses helps make the transition from community college to four-year university a smooth one for students and is just one example of the strength of a public higher education in Massachusetts.”

Since Meehan was named chancellor in 2007, student enrollment, retention and diversity have all increased at UMass Lowell, as has the number of students living on campus. Research dollars and fundraising also have experienced growth, along with new academic programs, including a focus on global research and educational partnerships.

Prior to being named chancellor, Meehan represented the Fifth Congressional District of Massachusetts in the U.S. House of Representatives from 1993 to 2007. He served on the House Armed Services and Judiciary committees. Widely respected as a reformer, he established a national reputation for his legislative leadership in reforming campaign finance laws and protecting people against the health risks in tobacco use.

Cecilly Deorocki of Merrimac has been selected to address the graduates as the student speaker.  A liberal arts major with a psychology option, Deorocki is graduating with a 3.98 gpa and plans to transfer to a four-year college or university where she will study psychology and philosophy.  Deorocki is a member of Phi Theta Kappa, an international honor society, and is also a tutor in the college’s math center.

Deorocki calls Northern Essex “The school that changed my life.”

A highlight of the commencement ceremony will be the awarding of emeritus status to honor three retired college employees based on recommendations made by the college’s emeritus committee and approved by President Lane Glenn.  These retirees include David Hartleb, J.D., of Cincinnati, Ohio, President Emeritus; Dr. David Kelley, of Melrose, Dean Emeritus, Instructional Student Support; and Jane Thiefels of Haverhill, Professor, Emerita, English as a Second Language.

Also performing will be the Stuart Highland Pipe Band. NECC president Lane Glenn will preside over the ceremony.