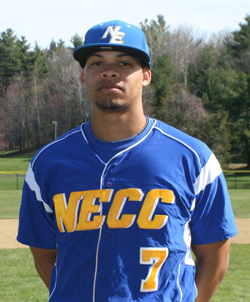 The college baseball season may be over, but some members of the Northern Essex Community College Knights baseball team, which finished third in the nation, are still collecting kudos for their efforts on the diamond.

The National Junior College Athletic Association (NJCAA) named two players – Domingo Cruz of Manchester, NH, an outfielder, and Patrick Parker of Wilmington, an infielder, to the Division III first team All American. NECC is the only division III school to have two members named to the team. 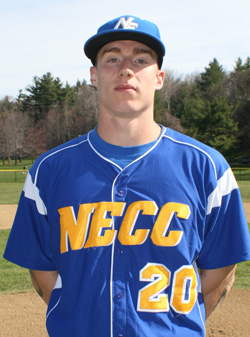 Of the more than 10,000 student-athletes who suited up this year for baseball in Divisions I, II, and III, only 126 earn NJCAA All-America honors.

Easton Baseball Company, in conjunction with the NJCAA, has named its annual NJCAA Defensive Player of the Year honorees for each respective division of NJCAA baseball.

Catcher Manny Cabral of Tewksbury was tabbed as the Division III Defensive Player of the Year. The defensive players were nominated for the award by their head coach and athletic director and were selected as the top defensive player at their position within their district.

Cabral, a sophomore, helped lead his team to a Region 21 Championship and appearance at the DIII World Series. Behind the mask he posted a 1.00 fielding percentage with 152 putouts and 18 assists.

At the plate, Cabral hit four homeruns and drove in 38 runs with a .366 batting average.

And the accolades didn’t stop there. Cabral and outfielder Keegan Pafford of Portsmouth, NH, were named the 2012 Gold Glove winners by Rawlings Sporting Goods Company in conjunction with the American Baseball Coaches Association (ABCA) and the NJCAA.