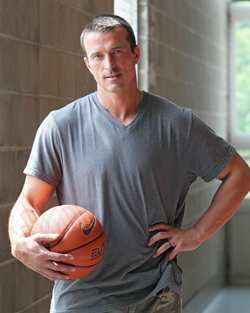 This event is free and open to the public.
Funded by a generous financial gift from the Honorable Daniel Appleton White, the White Fund Lecture Series, for 148 years, has provided cultural conversation featuring well-known lecturers in fields such as history, literature, travel, the arts, and politics. The White Fund is collaborating with Northern Essex on this series.

Herren, who grew up in Fall River, graduated from Durfee High School with more than 2,000 career points and recognition as the Boston Globe Player of the Year. He was drafted in the second round of the 1999 NBA Draft and played for the Denver Nuggetts his rookie year before being traded to the Boston Celtics in 2000. He struggled with substance abuse for much of his basketball career. He has been sober since August 1, 2008.
Herren has written a memoir, “Basketball Junkie,” with Providence Journal reporter Bill Reynolds.

For additional information, call 978-738-7403 or visit the website www.necc.mass.edu/whitefund