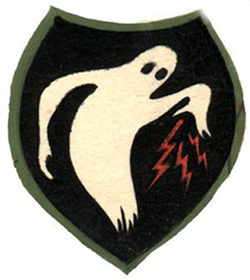 The “Ghost Army,” a unit of the U.S. Army that was built on bluff, deception, and trickery, will be the subject of a White Fund Enlightenment Series lecture by documentary filmmaker Rick Beyer on Veterans Day, Sunday, November 11, in the White Fund Room, LA-101, 78 Amesbury St., Lawrence, from 2 to 4 p.m.

This event, offered in partnership with Northern Essex Community College, is free and open to the public.

Beyer has spent seven years researching and interviewing 20 members of the “Ghost Army” to create a documentary to be aired on PBS next year.

He will detail the true story of this secret army unit that, in June 1944, went into action in Normandy, France. Its job was to fool the Germans right on the front lines. The Ghost Army conducted 21 battlefield deceptions from Normandy to the Rhine.

The weapons used were decidedly unusual: hundreds of inflatable tanks and a one-of-a-kind collection of sound effects records. Their mission was to use bluff, deception, and trickery to save lives. Many of the unit’s members were artists, including budding fashion designer Bill Blass. They painted and sketched their way across Europe, creating a unique visual record of their journey. The story of what these men accomplished was hushed up by the Pentagon for more than 40 years. 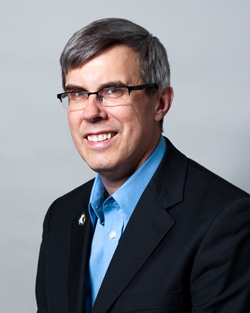 Beyer is a successful author, an award winning documentary producer, and a lifelong history enthusiast.

He has made documentaries for The History Channel, A&E, National Geographic, the Smithsonian and others. He is also the author of the popular Greatest Stories Never Told series of history books, published by Harper Collins. Beyer has written for The History Channel Magazine, Politico.com, and numerous other publications. He has shared his unique take on history in interviews on CNN, The Discovery Channel, NPR and Fox News, and with audiences around the country. A graduate of Dartmouth College, he currently lives in Lexington, Massachusetts.

For additional information or to receive a calendar of upcoming events in the White Fund Enlightenment Series, call 978-738-7403 or visit the website www.necc.mass.edu/whitefund