Governor Appoints Chair of NECC Board of Trustees 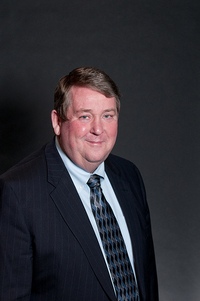 Governor Deval Patrick today appointed William Moynihan as chair of the Board of Trustees at Northern Essex Community College. Moynihan is the current board chair at Northern Essex Community College and today’s announcement is an affirmation of his appointment under the Governor’s new authority to appoint the board chairs at each of the Commonwealth’s fifteen community colleges.

“Our community colleges are at the center of our efforts to close the skills gap and help people get back to work in Massachusetts,” said Governor Patrick. “I want to thank Mr. Moynihan for his willingness to serve in this capacity and am confident that he will continue to be a critical partner in our collective efforts to better serve our students and employers, building a stronger Commonwealth for generations to come.”

Moynihan retired last year as the chief probation officer at Haverhill District Court where he was responsible for implementing the policies set forth by the probation commissioner and first justice of the court and for overseeing a staff of nearly 25. He previously served as a line probation officer and the social service coordinator and director of security at Haverhill Housing Authority. Moynihan has been serving on the Mayor’s Drug Task Force since 1999 and has been awarded the “Special Recognition for Distinctive Service Award” by the Massachusetts commissioner of probation. Moynihan graduated from Northern Essex Community College with an associate of arts degree, attended Boston State College where he earned a Bachelor of Science degree in Law Enforcement, and attended Anna Marie College where he earned a Master’s degree in criminal justice. Moynihan has served as a member of the Board of Trustees at Northern Essex Community College for over four years.

“Northern Essex was a stepping stone for me, leading to further education and a challenging career, and it’s an honor and a privilege to be chosen as chair of the college’s talented board of trustees,” said Mr. Moynihan.

“Bill has proven to be a thoughtful and involved member of the board of trustees since joining us in 2008, and he will be an outstanding chair,” said Northern Essex Community College President Lane Glenn. “As a graduate of the college, he is passionate about Northern Essex and he fully understands our mission and our important role in the community.”

Delivering on the goals of his community college plan, Governor Patrick recently awarded community colleges a total of $4 million in grants to support increased skill training and workforce alignment, improved student learning outcomes and efficiency measures at campuses across the Commonwealth. These grants will give campuses the additional capacity they need to promote higher completion rates of degrees and certificates, be more responsive to the needs of local economies as well as of the state’s fastest growing sectors and adopt a system-wide standard core of course offerings. Northern Essex Community College received $146,744 to support advanced activity related to student learning and student learning assessment on campus.