Athletics and Academics Keep Lawrence Woman in the Game 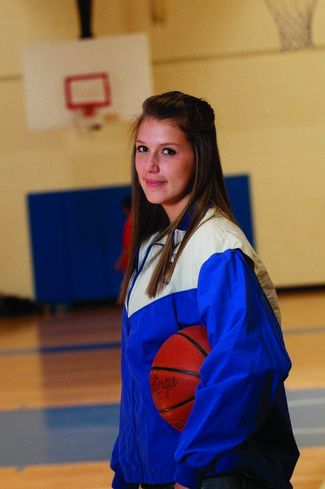 Jessica Goulet enrolled at Northern Essex for both the academics and the athletics. The 20-year-old Lawrence resident was a three-sport athlete when she graduated from Whittier Regional Vocational Technical High School in 2011. Attending college was always part of her plan, but when she enrolled in a four-year private college she found herself distracted by dorm life and disappointed with her playing time on the volleyball court.

After one semester, Jessica knew her situation had to change. She decided to continue college closer to home at a school where she could play sports and pursue her dream of following in her mother’s footsteps and becoming a registered nurse. Enter Northern Essex.

Jessica enrolled in the spring of 2012 and is completing her prerequisite courses with the hopes of transferring to Salem State University’s nursing program.

“Being here and being part of a team helps me stay focused. In order to play you need good grades,” she says. “Playing volleyball and basketball keeps me motivated,” she says.

The fitness center has become her second home. If Jessica isn’t practicing for volleyball or basketball she can be found behind the activities desk where she works as a work-study student.