What do the Patriots, American Idol, and HGTV have to do with NECC?

Whoever said nothing exciting ever happens at NECC wasn’t around this February, when there was a celebrity sighting on the Haverhill Campus, a former NECC student rose to the finals of American Idol, and faculty and students were featured in the premiere of HGTV’s new show, “Spontaneous Construction.” 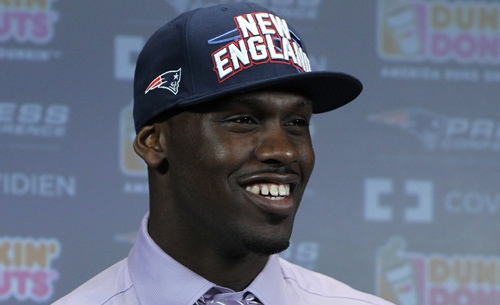 On Wednesday, Feb. 27, Chandler Jones, a defensive end with our own favorite New England Patriots, was roaming the halls of the C Building on the Haverhill Campus. It’s not clear why the 6’6” Jones was on campus—rumor was that he was with a friend— but we do know that it was his birthday, and that he had a big grin on his face.

Jones, a Syracuse University graduate who was drafted in the 2012 NFL draft, graciously posed for photos with NECC students including members of the college’s nationally-ranked baseball team.

NECC has Its Own American Idol 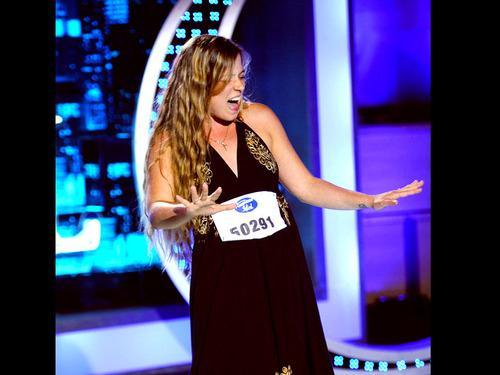 Earlier this month, Liz Bills, a singer/songwriter from Haverhill, who has been studying music at NECC, most recently in the spring of 2011, rose through the finals of American Idol. She auditioned in New York City and was selected to go on to Hollywood, where she was the only one in her four person group to be selected for the next round.

Bills didn’t make it to the top 12 but she did secure quite a bit of TV coverage—and lots of compliments from the judges. Check out her American Idol profile.

Alisa Bucchiere, NECC’s chorus director, remembers Bills as a talented singer who performed in the chorus cabarets on campus. 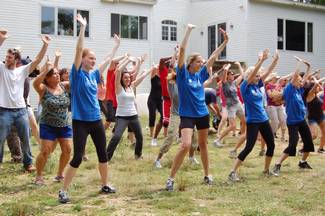 NECC faculty and staff and a group of NECC performing arts students were featured in the premiere of a new HGTV showed called “Spontaneous Construction” which aired on Friday, February 15. The title of the episode is “Deck with a View” and it is available On Demand.

In each episode of the show, host Ricky Paul Goldin activates a flash mob to help homeowners who are struggling with a renovation project. Carpenters, skilled laborers, and helping hands join forces to create renovations.

The premiere follows a couple who recently purchased a home in Essex, MA with a backyard that is overgrown and in drastic need of a makeover. Neighbors, professional landscapers, and the NECC student dancers and theater majors all pitch in to help, surprising the homeowners with a choreographed flash mob at the beginning and end of the project.

A producer from HGTV contacted the college last summer after doing an Internet search and learning that Northern Essex offered both dance and theater programs. Professors Susan Sanders and Michelle Deane weren’t sure if they could rally students over the summer but the response was enthusiastic. “As it turns out, our students love HGTV so were very excited about this opportunity,” said Deane.

Nine students and Professors Michelle Deane, Marc Mannheimer, and Susan Sanders spent nine hours learning the dance, performing the dance, and being interviewed for the show.

The promo for the show features an interview with Deane, NECC students at her side (You’ll find Deane’s interview 1:50 minutes into the promo).