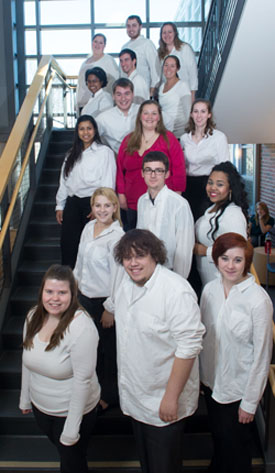 Music from the last 500 years will be performed by the Northern Essex Community College Chorus during the annual spring choir concert on Sunday, May, 5, in the Hartleb Technology Center, on the Haverhill campus, 100 Elliott St., at 2 p.m.

This performance is open to the public. Admission is $5.

Music from the last 500 years, from Thomas Morley (1557 to 1602) to George Bizet (1838-1875) “Habanera” aria from the opera “Carmen” to Richard Wagner (1813-1883) “Spinning Song” from the opera “The Flying Dutchman” to a contemporary arrangement of John Williams, will be performed by this semester’s students as well as a few alumni.

Tickets can be purchased at the door.