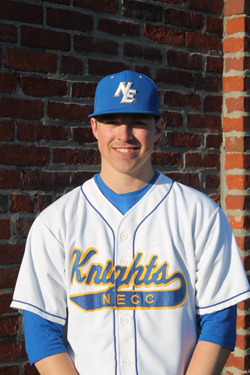 NECC defeated Massachusetts Bay in both ends of the doubleheader, 12-0 in the first game and 11-1 in the second, finishing the year with a 15-13 record.

With Beckwith’s shutout, he moved to 6 and 1 on the season. The right-hander finished the regular season with a 2.83 ERA and 40 strikeouts, leading the team in each category.

In the week ending April 14, Beckwith was named the NJCAA Division III pitcher of the week. 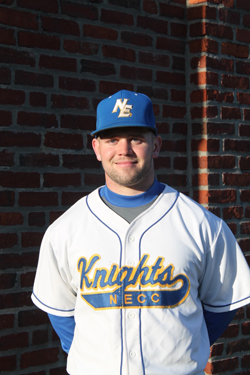 Leading the way for the Knights offensively was Tyler Johnson. Hitting .322 for NECC this year, Johnson led the team in home runs with 4, including a walk-off grand slam against Dean College on April 11. Johnson hit over .400 in league play, proving to be a big bat in the middle of the Northern Essex lineup.

The Region XXI tournament starts this weekend, with the schedule expected to be released in the middle of the week.

The Knights look to advance to Tyler,Texas for the NJCAA Division III World Series for the second straight year.