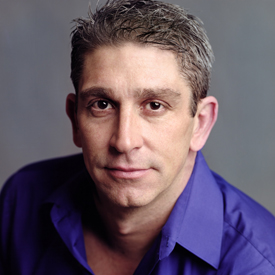 Born in Madrid, Spain, to Cuban exiles, Blanco was just weeks old when his family moved first to New York City and later Miami, Florida, where he was raised and educated. Since childhood, Blanco felt caught between two worlds: the imaginary world of his Cuban heritage as seen and heard only through his parents nostalgic stories about the “homeland” and the other imaginary world of the “real” America that he envisioned from TV shows and history book—a very different place from the predominantly Cuban community where he grew up.

Blanco will share poems and commentary that explain how he navigated a cultural identity between these two worlds, culminating with his experiences as inaugural poet when, for the first time, he came to a real understanding of his place in America as an American.

He was selected, this year, by President Obama to be the fifth inaugural poet in history, he joined the ranks of such luminary poets as Robert Frost, Maya Angelou, Miller Williams and Elizabeth Alexander. On January 21, 2013, he read his original poem, “One Today” as an honorary participant in the official inaugural ceremony.
Blanco also penned “Boston Strong” a poem he performed at the TD Boston Garden Benefit Concert and at a Boston Red Sox game at Fenway Park. He has published several books of poetry including “City of a Hundred Fires,” “Directions to The Beach of the Dead” and “Looking for The Gulf Motel”.

He has received numerous awards including the Agnes Starrett Poetry Prize from the University of Pittsburgh Press, the Beyond Margins Award from the PEN American Center, the Patterson Poetry Prize, Maine Literary Poetry Award, and the Thom Gunn Award from the Publishing Triangle. His poems have appeared in top literary journals including, The Nation, the New Republic, Ploughshares, Michigan Quarterly Review, and TriQuarterly Review.

He holds a Bachelor of Science in Civil Engineering and as well as Master in Fine Arts in Creative Writing from Florida International University. He currently lives in Bethel, Maine.

For additional information on this lecture contact Martha Leavitt, director of operations – Lawrence campus, at mleavitt@necc.mass.edu

Funded by a generous financial gift from the Honorable Daniel Appleton White, the White Fund Lecture Series has provided cultural conversation featuring well-known lecturers in fields such as history, literature, travel, the arts, and politics. The White Fund is collaborating with Northern Essex on this series. This program is also supported in part by a grant from the Lawrence Cultural Council, a local agency which is supported by the Massachusetts Cultural Council, a state agency.

For additional information or to be notified of upcoming events in the White Fund Enlightenment Series, call 978-738-7403 or visit the White Fund website.