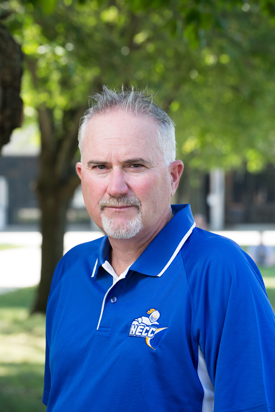 When native New Englander Robert Gillespie relocated back to Massachusetts he was eager to continue coaching softball and thus, was on the hunt to find a team. As luck would have it, NECC athletic director Sue MacAvoy was in the process of forming a softball team and was on the hunt for a coach. The two met and now hope to make history.

MacAvoy, a former softball player and coach herself, has been fielding requests for years to reignite the college’s softball team. Softball hasn’t been offered in decades. Different years, there were different obstacles, but when she finally got the nod to create a team, MacAvoy found she had the talent and a softball field, albeit overgrown, but no coach.

Enter Gillespie, 51, who grew-up in Reading, attended Austin Preparatory School and graduated from North Adams State College with a degree in history. Although he would have loved to have gone directly into teaching after college, the economy drove him to the insurance and mortgage business instead. After his wife, who works in the pharmaceutical industry, accepted a job transfer first to Michigan and then New Jersey, he gave up his calculator for chalk and eraser. He turned to substitute teaching by day and coaching by afternoon. Eventually, he became a full-time, eighth-grade science teacher.

“It just felt natural for me to be in front of the kids talking to them, educating them, coaching them,” he says.

With a son and daughter both involved in athletics growing up, Gillespie accrued plenty of baseball, basketball, soccer, and softball coaching time, but it was softball that stuck. He went on to serve as assistant softball coach for his daughter’s high school. He became head coach in 2007. Along the way, he gathered coach of the year nominations in 2007 and 2012 and 25 years of coaching – 20 in softball.

“I like the competitive spirit of kids,” he says. “Softball is a great game. It is fast moving and requires fast skills. There is nothing better than to spend time with kids who love the sport as much as you do.”

While Gillespie was busy coaching in New Jersey, MacAvoy was at NECC regularly taking queries about starting a softball program at NECC.

“I always thought a softball team would be a great complement to our strong baseball team,” she says.

While there has been interest in softball in the 17 years MacAvoy has been here, it wasn’t until last year when she had 18 women approach her about forming a team, that she pursued funding.

Now, the old, overgrown softball field has been cleaned up. There is new clay in the infield, the backstop has been rejuvenated, and trees, branches, and vines have been cut back. Gillespie hopes to meet with players this fall, train this winter, and start using the field next spring.

Gillespie says he isn’t looking for just super stars. He welcomes all level of talent.

“I look at every player and the individual talents she brings to the team,” he says. “It is important to me that the girls have fun, but I also want them to play the game correctly. I believe in focusing on the fundamentals of the game.”

Gillespie says he is looking for the right mix of player/athlete.

“They are at NECC for academics, but playing on the team will enhance their time here,” he says.

Athletes interested in playing, are invited to attend an informational meeting Wednesday, Oct. 2, at 2 p.m. in the Sports & Fitness Center (Building D) on the Haverhill campus.