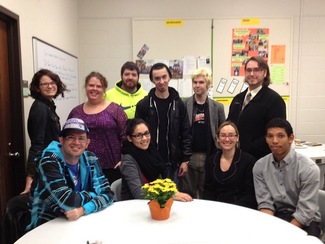 Luca spoke about his journey from community college student to reporter for the Andover Townsman and Eagle Tribune.

While at NECC, Luca was the news editor before becoming editor-in-chief of the college newspaper, The Observer. He also took part in an internship for The Rockingham News. After graduating from Northern Essex, he transferred to the journalism program at University of New Hampshire. Luca was named Reporter of the Year in 2011 and 2012 at the annual Best of Community Newspaper Holdings Inc. journalism competition.