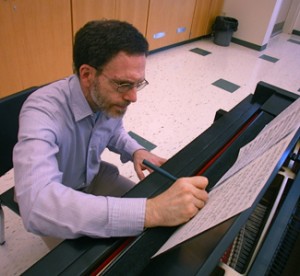 Broadbent and Dunn, a British publisher, recently released Cavallaro’s Sonata in D Minor for Violin and Piano, Op. 4, and “Raindrops” Fantasia for Violin and Piano, Op. 5. Cavallaro has also long enjoyed the English horn, called cor anglais in England, an instrument with a limited repertoire. Forton Music, another British publisher, has accepted his Four Romances for Cor Anglais and Piano, which will become his Op. 6, and also his Suite for Oboe, Con Anglais and Bassoon, which will become Op. 7.

Cavallaro has also been active on the literary front. His recent interview with Grammy-nominated pianist Hélène Grimaud appeared in Stay Thirsty Media, an international arts online source for interviews, reviews, and features.

Cavallaro’s violin sonata has been uploaded on YouTube. His other works will be available late February.