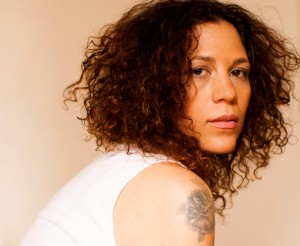 A White Fund lecture featuring award-winning author and cultural activist Raquel Cepeda, author of Bird of Paradise: How I Became a Latina, a memoir chronicling Cepeda’s year-long journey to discover the truth about her ancestry, is being held in partnership with Northern Essex Community College on Thursday, March 6 from 8:45 a.m. to 10 a.m. at Lawrence High School, 70-72 North Parish Road, Lawrence.  Cepeda’s presentation is free and open to the public.

During the event, entitled “Debunking and Redefining the ‘American Dream’ in Bird of Paradise: How I Became Latina, Cepeda, who was born in Harlem to Dominican parents, will discuss her coming of age in New York City and Santo Domingo as well as the process of uncovering and exploring her ancestry and what it means to be Latino today.

Cepeda is an award winning journalist, cultural activist, and documentary filmmaker. She has written about identity, race, Latino issues, hip-hop culture, and travel for The New York Times, The Village Voice, CNN.com, and the Associated Press. She directed and produced “Bling: A Planet Rock”, a critically-acclaimed documentary about American hip-hop culture’s obsession with diamonds and is currently in production on “Deconstructing Latina”, a documentary about a group of troubled teenage girls in a suicide prevention program who are transformed through an exploration of their roots using ancestral DNA testing.

For additional information on this lecture, contact Martha Leavitt, director of operations – Lawrence Campus at mleavitt@necc.mass.edu. The White Fund’s purpose is to have a free series of interactive presentations for Lawrence-area adults, youth, and children. The audience is encouraged to seek wisdom, cultural enrichment, and intellectual enhancement by attending and participating.

The NECC White Fund series will continue on Monday, May 5 with a presentation of The Prep School Negro, a documentary recounting the experience of Director and Producer André Robert Lee and current-day minority students in elite prep schools will be held at Lawrence High School, 70-72 North Parish Road, Lawrence from 8:45 to 10 a.m. and from 4:30 to 6:30 p.m. at the Boys & Girls Club of Lawrence, 136 Water Street, Lawrence.

For additional information or to be notified of upcoming events in the White Fund Enlightenment Series, call 978-738-7403 or visit www.necc.mass.edu/whitefund.