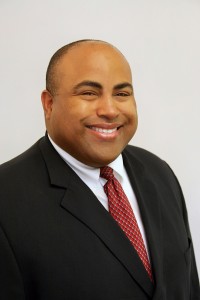 Dan Rivera, mayor of Lawrence, will be the featured speaker at Northern Essex Community College’s 52nd Commencement on Saturday, May 17 at 11 a.m.

“Many of our students will be able to relate to Dan and his personal story,” said Lane Glenn, president of Northern Essex. “Dan grew up in Lawrence, graduated from Lawrence High School, and enrolled at UMass Amherst after a stint in the US Army. He’s passionate about Lawrence and is determined to revitalize the city.”

Rivera was elected mayor of Lawrence in November and he took office in January. Active in Lawrence city politics prior to running for mayor, Rivera served as vice president and city councilor at large for the Lawrence City Council and chair of the budget and finance committee. Rivera has been a member of Northern Essex Community College’s Board of Trustees for the past five years.

Prior to being elected mayor in November, Rivera worked in marketing for companies such as Philips Lifeline, Aspentech Inc., and Birddog Solution, Inc. He also was economic development director for Marty Meehan when Meehan was a member of the U.S. Congress, and early in his career, he became manager of the Lawrence public housing project in which he grew up.

Rivera has a bachelor of arts from UMass Amherst and an MBA from Suffolk University. To learn more about Northern Essex Community College’s commencement visit necc.mass.edu/commencement