Music Designer and Producer to Speak at NECC 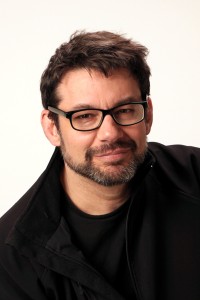 Musician and music designer Duncan Watt will speak at NECC April 28 at 1 p.m.

Seasoned studio musician and music designer and producer Duncan Watt of Durham NH will speak at Northern Essex Community College on Monday, April 28, at 1 p.m. in the Hartleb Technology Center on the Haverhill campus, 100 Elliott St., in Room 220. He will discuss his work in television, film, broadcasting and digital games. This event is free and open to the public.

A professor at Berklee College of Music in Boston, Watt worked on more than 70 album projects before founding Fastestmanintheworld Media in 2005. His work appears in a wide variety of digital game projects, including the internationally-acclaimed “Bioshock Infinite”, “League Of Legends”, “Need For Speed Undercover”, “Stargate”, and “Brothers In Arms: Hell’s Highway”. He is also the voice of Rammus and Blitzcrank from “League of Legends”.

Outside of digital games, his music is featured in 2013’s summer blockbuster “Now You See Me” and appears in a number of popular TV shows, including “The Good Wife,” “NCIS”, “Any Day Now”, and “My Little Pony” and “Transformers” toys and apps as well.

A strong public speaker, Watt has been asked to appear at many conferences and schools, including the Game Developers Conference, Montreal International Game Summit, Brandeis University, Yale University, and Berklee College of Music.

“This is an amazing opportunity for not only the music composition students, but also the entire NECC community to meet and learn from a major force in today’s evolving multi-media music world” says Michael Lecuyer, professor of music at Northern Essex.

Watt will explore the nature of writing for today’s games, the differences between writing non-linear game scores and traditional linear film scores, and the behind-the-scenes techniques composers use to deliver music in games. He will show Quicktime videos to demonstrate great examples of game scores throughout the years.

There will be a Q & A period following his presentation.

Northern Essex offers a certificate in music technology and an associate’s in general studies: music.

For additional information on the music certificate or degree programs visit www.necc.mass.edu