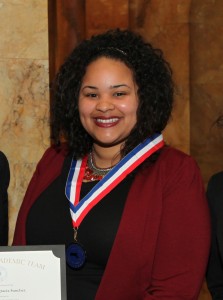 Two Northern Essex Community College students Nairoby Sanchez of Haverhill and Pamela Canning of Salisbury have both been nominated for the Coca-Cola Scholars Foundation Scholarship.

A 2012 graduate of Haverhill High School, Sanchez is a Liberal Arts: Political Science major with a 3.7 GPA.

After arriving at Northern Essex in the fall of 2012, Sanchez quickly distinguished herself as a campus leader. She has served as vice president and president of the Student Senate, president of the college’s chapter of Amnesty International, and an active member of the Contemporary Affairs Club.

She also participated in the college’s Student Leadership Program, is a student ambassador, and graduated from the Honors Experience, a rigorous honors program that’s affiliated with the Commonwealth Honors Program.

As a student leader, Sanchez has organized a textbook lending library to make textbooks more affordable for students. Last year she initiated a spring break community service trip, in which students helped residents of New York, who had been devastated by Hurricane Sandy, with clean-up.

Sanchez recently received the “29 Who Shine Award” by the state.

Following graduation from Northern Essex in May, she plans to transfer to a four-year college and ultimately attend law school. Her goal is to combine her love of government with her interest in international affairs and become a United States diplomat. She speaks Spanish and French in addition to English and would like to learn additional languages—possibly Russian—while pursuing her education. 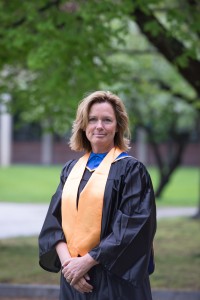 Canning, has been working toward her liberal arts degree for 25 years. The married mother of four children has been very involved at NECC through the years. She participated in the Honors Program and the Leadership Program. She graduated in May with honors.

In addition, is a regular volunteer with the Amesbury Council on Aging and is a freelance columnist for the weekly blog “Popfiller”.

She is also the office manager for her husband’s Amesbury business “Precision Pool”.

In the near future, Canning hopes to earn a bachelor’s degree and master’s degrees in English with a concentration in creative writing. One day, she would like to teach English at the college level.

The Coca-Cola Scholars Foundation Scholarship is for outstanding students who will be transferring from NECC, have a cumulative GPA of 3.5, and have done significant community service.