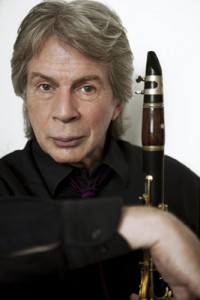 Richard Stoltzman will perform at the Sunday, June 22, concert in the Hartleb Technology Center on the Haverhill campus.

When Michael Finegold lost his daughter Joni Alicia Finegold to cancer in 2012 he found solace in what he knew best – music. The former Northern Essex Community College music professor and founder and artistic director of the Essex Chamber Music Players in residence at NECC, is sharing the pieces he created, some based on poems written by his late daughter, during a concert to benefit the Dana Farber Cancer Institute on Sunday, June 22, at 2 p.m.

The performance will be held in the Hartleb Tech Center on Northern Essex’s Haverhill campus, 100 Elliott St. Tickets are $25. This event, which is open to the public, will showcase world-famous musicians.

The program will premiere five works written in memory of Joni Finegold, who died in 2012 of lung cancer at age 42. She left two children, ages 6 and 11, as well as her husband and family. 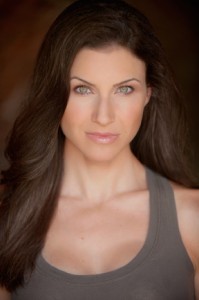 Broadway actress and Andover native Jenny Powers will perform at the Essex Chamber Music Players Concert to Benefit the Dana Farber Cancer Institute. The concert is in memory of Joni Finegold.

The premiere works are “Of Memories…Of Love: Summer 1978” by Elliott M. McKinley; “Lament for Joni” and “Making Sense of It All – Reflections on Cancer” (based on poems by Joni Finegold) both by Michael Finegold; “It’s Time to Let Go” (poem by Diana Finegold) by William Thomas McKinley; and “Warm Summer Sun” (poem by Mark Twain written for his daughter’s eulogy, adapted from the poem “Annette” by Robert Richardson) written by Peter R. Farmer.

Lillian Finegold-Sachs, Joni’s daughter, will sing “Mothers”, which she composed.

Michael Finegold noted that “the concert, besides being a memorial-benefit, provides insight into the minds of people with cancer.” He added that many of the performers and composers knew Joni.

All the proceeds will go to the Dana-Farber Cancer Institute. The performers are donating their services. A seven-foot Schimmel concert grand piano is being donated for the concert performance by Darrell’s Music Hall in Nashua, NH.

Additional contributions are welcomed and can be made at the concert, online or by check. For additional information, go to www.ecmp.org.