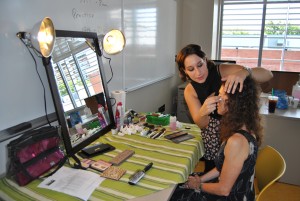 Makeup artist Rose Westerman prepares an extra for her role in the German film “Forget Me Not”. A few scenes were filmed at NECC.

A little bit of Hollywood arrived at Northern Essex’s Lawrence campus last week when a German made-for- television movie cast and crew took over the halls and several of the rooms in the Dr. Ibrahim El-Hefni Allied Health & Technology Center.

Three scenes for the movie, “Forget Me Not,” were filmed over a two-day period in NECC’s new Common Street building. The movie will be aired on the German Network ZDF in late fall, but unless you speak German, don’t expect to follow the dialogue. German actors, speaking German, while portraying Americans, were filmed by the Van Wormer Production Company. If you do speak German, the film will be available online at the network’s website.

Kismet brought the production company to Lawrence. A modern building was needed for a number of interior scenes including a DNA lab, a neurologist’s office, and a rooftop, celebratory champagne toast. The El-Hefni Center, with its sharp edges and gleaming surfaces was ready for its close-up. 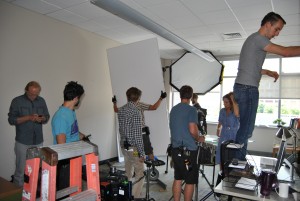 “Our location scout found the building, got excited, and took photos,” Tim Gorman, the location manager said. “Then we saw the photos and got excited.”

With the help of the production company’s art department, a meeting room, a lab, and the rooftop were all pressed into service and transformed for the necessary scenes. Furniture and props were borrowed from the Amesbury Street and Franklin Street buildings. In addition, rooms were secured for wardrobe, makeup, and movie extras.

While this may be the first movie shoot at the Northern Essex Campus, it may not be the last. NECC is actively marketing the college for film and photo shoots as well as weddings and other outside events. In fact, NECC has hired an Events Coordinator Maureen McGonagle to work with Events Coordinator Allison Gagne. 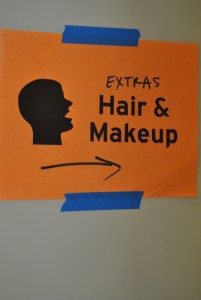 A sign shows movie extras where to report for hair and makeup.

“This building (ElHefni) has so many great looks,” say Gorman. “It could easily double as a hospital, research and development facility, a school or a corporate space. It’s a good looking building, inside and out.”

The movie “Forget Me Not” is just one movie in a series of movies according to Gorman. The first half-dozen were based on British writer Katie Fforde’s books. This movie as well as the last two were original screenplays. All the other movies in the franchise were shot in the Hudson River Valley. “Forget Me Not” is the first to be filmed in New England with locations in Rockport, Gloucester, and Ipswich. The storylines of all the movies are independent of each other.

For additional information on renting any of the NECC facilities, contact Allison Gagne at 978–556-3964 or visit the rooms and facilities usage page. 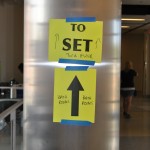 A sign shows movie extras where to report for hair and makeup. 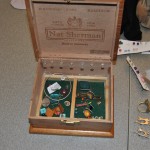 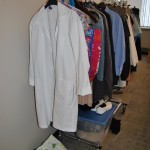 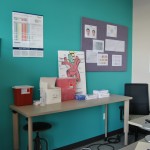 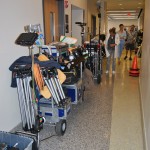 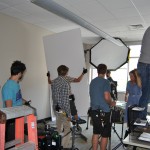 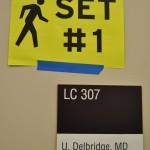 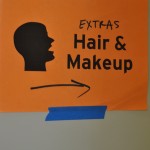 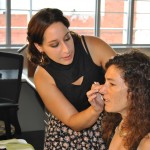 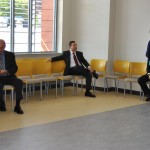 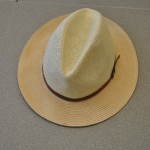 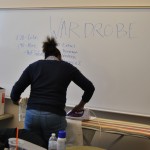