Howard Dean Brings a Message of Optimism to NECC 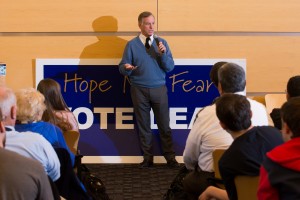 Calling himself “an optimist by nature,” Dean told the audience, the majority of whom were 20-something college students, “the world is getting better but it’s hard to see that when you’re 20 years old.”

Dean described the political and cultural climate when he was a college student in the turbulent 60’s and said “there is still plenty of inequality in this country but progress has been made.”

He also discussed how the Internet has empowered individuals, sharing the story of Molly Katchpole, a 22-year old Roger Williams College graduate, who was able to change policies at Bank of America and Verizon, by rallying online support through petitions that received hundreds of thousands of signatures each. As a result, the corporations retracted fees that Katchpole felt unfairly targeted lower income people.

“Forty years ago we could have protested but nothing would have happened. What Molly accomplished is an extraordinary thing to be able to do.”

More so than other generations, the current generation of 20-somethings, which Dean calls the first global generation, are doers, he said. “We talked a lot but you go out and do it.”

As an example, Dean shared the success of Teach for America, where young teachers are sent to inner city schools. “Your generation is changing inner city education and you’re not doing it politically.”

He also commended this generation for its focus on commonalities. “You are a global generation that has values that are consistent with people of your age all over. Your commonality is stunning. Partly because of the reach of the internet, you’ve been able to reach out and connect with others.”

After about 40 minutes of remarks, Governor Dean answered a series of questions from the audience with candor and often humor. He was asked about Citizens United (“one of the most destructive court decisions in the history of our country”); the US prison system (“it’s broken”), the electoral system (“it makes no sense”); Edward Snowden (“he forced us to have a debate that we weren’t having and we should have been having); and more.

Dr. Dean served as governor of Vermont from 1991 to 2003, making him the second-longest serving governor of that state. He was also a leading candidate for the 2004 Democratic presidential nomination, and served as chairman of the Democratic National Committee from 2005 to 2009.

He currently works as a part-time independent consultant focusing on the areas of health care, early childhood development, alternative energy and the expansion of grassroots politics around the world.

Prior to entering politics, Dr. Dean graduated from Yale University with a Bachelor of Arts in political science in 1971, and received his medical degree from the Albert Einstein College of Medicine in New York City in 1978.

Dean’s lecture was the first in a new series at NECC titled “Movers, Shakers, and Opinion Makers.” Funded by the NECC Fund and Academic and Student Affairs, the series is organized by Richard Padova of the Global Studies Department. For more information, contact Padova at rpadova@necc.mass.edu or 978-556-3297. 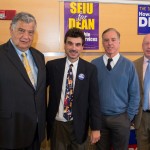 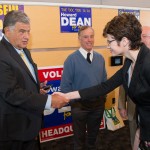 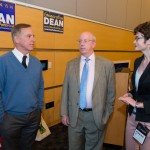 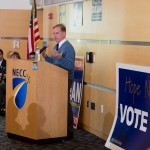 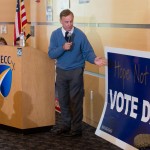 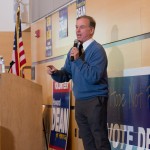 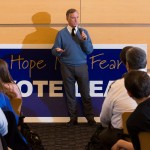 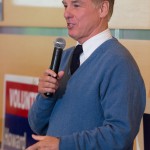 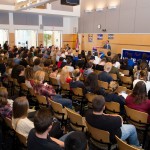 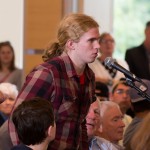 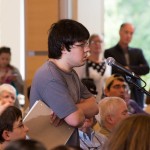 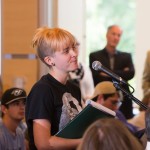 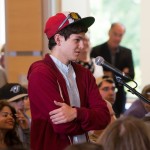 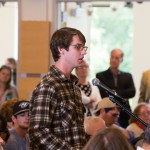 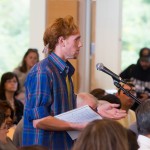