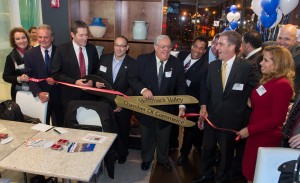 Business and community leaders cut the ribbon celebrating the opening of the hub at 420 Common St.

On Thursday evening, Nov. 6, business and community leaders gathered at 420 Common Street to celebrate a new commercial venture in the city of Lawrence which will cater to Northern Essex Community College students as well as the community.

“When people first see this space they say ‘Wow, it looks like Boston’, said Lane Glenn, president of Northern Essex. “I tell them it’s better than Boston because it’s right here in Lawrence!”

As you enter the lobby of the building, the Eastern Bank Branch and Napolitana’s are to the left and the atmosphere is contemporary and urban with faux leather upholstery, hanging industrial inspired lighting, an electric fireplace, colorful screens streaming news and 50-inch touch screens with financial literacy games and product information. An electronic device charging station, sponsored by Eastern Bank, has proven to be quite popular with students. The Follett bookstore is to the right as you enter the building and it features typical college bookstore fare as well as a selection of children’s books and fiction and nonfiction for adults.

The second and third floors of the building house classrooms, including two computer classrooms equipped with sophisticated equipment, the college’s Center for Instructional Technology, and administrative offices. Northern Essex hopes to announce a four-year college or university partner soon, which could start offering bachelor degree completion programs by the fall of 2015.

“NECC’s Lawrence Campus has been one of the fastest growing college campuses in Massachusetts,” said Glenn. “We’re proud to be here and proud to partner with Eastern Bank, the Lupoli Companies, and Follett.” 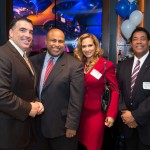 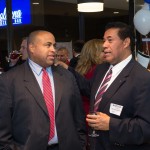 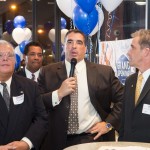 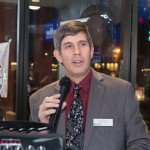 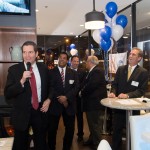 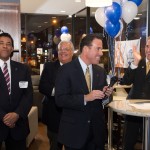 Bob Rivers, president of Eastern Bank, was proud to unveil Eastern Bank’s new branch which he said is the first of its kind in the Eastern U.S. 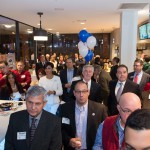 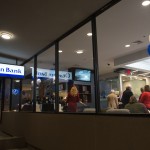 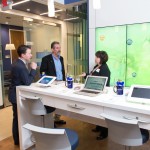