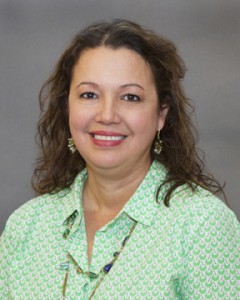 Associate Professor of history Ligia Domenech has written a book on the German U-Boat Blockade of the Caribbean islands during World War II.

While conducting research for her doctoral thesis, Northern Essex Community College associate professor Ligia Domenech stumbled upon a brief reference to the U-Boat blockade of the Caribbean during World War II. This footnote left her with a leading question. “What blockade?”

An often overlooked historical postscript, the fact is that in 1942, the Caribbean was blocked off from the rest of the world by five German U-Boats. This had a profound effect on the nearly 30 island countries, leaving the inhabitants without access to penicillin to fight disease, oil to power their vehicles, and even glass to bottle the rum.

By the end of the war, the Germans had sunk 400 merchant ships in the Caribbean while only losing 17 U-Boats during what was dubbed “Operation Neuland”. The blockade was intended to cut supply lines between the Caribbean and the Allies. This strangled their import-based economies. Since most of the islands were colonies, they were left to fend for themselves.

Born and raised in Puerto Rico, Domenech reasoned that if a native of the Caribbean working on a doctoral degree on the History of Puerto Rico and the Caribbean didn’t know about the U-Boat Blockade then few others probably did either. After some additional investigating, Domenech found she was right.

While the U-Boat blockade has been chronicled in publications, the plight of the Caribbean was not says Domenech. 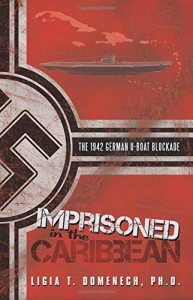 “Imprisoned in the Caribbean: The 1942 German U-Boat Blockade” was written by NECC Associate Professor Ligia Domenech.

A social worker by training with a master’s degree in Caribbean Anthropology from the Center for Advanced Studies on Puerto Rico and the Caribbean, the now Haverhill resident approached the subject matter like an investigator. The 49-year-old spent four years researching the blockade. She read every edition of the local newspapers for all of 1942 as well as every book on the subject she could locate. She wrote the book while living for 2 years in Argentina. Her efforts culminated in a book published by iUniverse titled “Imprisoned in the Caribbean: The 1942 German U-Boat Blockade”.

The book explores how the campaign hurt the people of the Caribbean, who the principal targets were, how the U.S. responded, which essential goods were blocked, what new industries developed as a result of the war, and the long lasting effects on the islands.

“Operation Neuland” was initially designed for 25 U-Boats, but only five were sent. Winston Churchill recognized in his memoir: “The only thing that ever really frightened me during the war was the U-Boat Peril”. The blockade was so successful and so significant, she says, that had the 25 U-boats been provided it could have changed history.

Domenech says selling the book is not her primary objective, but telling the story of the U-Boat Blockade and its effect on the Caribbean is. The book can be purchased through Amazon.com for $3.99 for Kindle and $16.72 paperback.

Dr. Domenech is a member of the NECC Speakers Bureau. Some two dozen faculty, experts in their fields, are available for speaking engagements at educational institutions, libraries, and social service clubs. Topics range from the Rain Forest to Human Intelligences to chocolate. Learn more about the Speakers Bureau contact speakersbureau@necc.mass.edu or call (978) 556-3862.