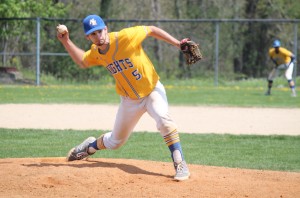 Ryley Warnock received the NJCAA Division III Gold Glove Award as well as the defensive player of the year award.

The Northern Essex Community College Knights baseball team’s season may be over, but the good news keeps on coming for some of the team members.

The NECC defense ranked in the top 10 in opponents’ batting average; spearheading the effort was middle infielder Ryley Warnock. Despite the Knights’ 32-game schedule, Warnock ranked in the top 25 in assists with 19 and tied for 13th with 20 double plays on the year. Falling victim to just six errors in 152 total chances during the season, the sophomore shortstop accumulated a .961 fielding percentage and registered 54 putouts. 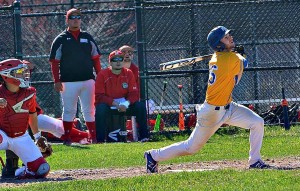 Warnock will attend Ave Maria University in Florida this fall where he will continue to play baseball.

The NJCAA made this announcement in conjunction with the American Baseball Coaches Association.

The 2015 ABCA/Rawlings Gold Glove Awards honors the top defensive player from each district. Selections were made by each division’s respective sport committee. In order to be eligible for the honor, student-athletes must have been nominated by their respective region. 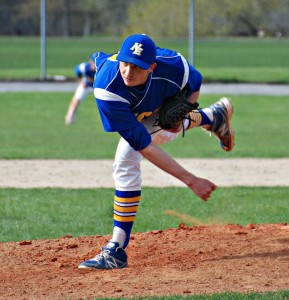 But there’s more. Ryan McAuliffe, also of North Reading, a pitcher for the NECC Knights, was named NJCAA All American First Team.

The Knights made their fourth consecutive trip to the NJCAA World Series this year, the third under NECC Knights Coach Jeff Mejia.

They ended their season with a 28 to 4 record.

“I am so incredibly proud of the team as a whole as well as the players’ individual accomplishments,” said NECC Athletic Director Sue MacAvoy.