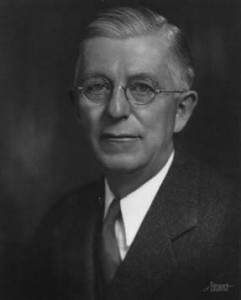 The Essex Chamber Music Players (ECMP) will perform a work of historical interest titled “Growing Up in North Andover 1874-1892” at its final concert on Sunday, June 28, at 2 p.m. in the Hartleb Technology Center at Northern Essex Community College on the Haverhill campus, 100 Elliott St.

This concert is open to the public. Tickets are $15 for general admission; and $10 for seniors and students.

“Growing Up in North Andover 1874-1892” is an unpublished memoir of Horace Nathaniel Stevens, set to music by the late, American composer William T. McKinley, and scored for flute, violin, cello, piano, percussion, and male narrator. Also on the program are “The Lark Ascending” by Ralph Vaughan Williams for violin and piano and “Nobody Move” by Randall Woolf for solo piano.

Horace Nathaniel Stevens (1874-1951) grew up in North Andover’s Old Center.  Stevens graduated from Phillips Academy and went to New York City to work for his older half brother, John Peters Stevens, CEO of the family textile company. He returned often to North Andover to visit his widowed mother and his sisters Kate and Fan.  After his retirement, he wrote nostalgically about his early years; these memoirs are the result. 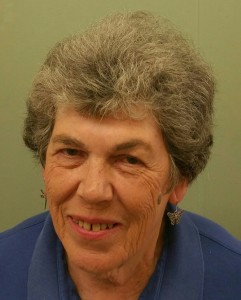 Victoria Griswold, granddaughter of the late Horace Nathaniel Stevens who wrote a memoir that has been set to music, will perform during the Essex Chamber Music Concert which will feature this musical piece on June 28.

His granddaughter Victoria Griswold, a pianist living in New Jersey, commissioned William T. McKinley to set the memoir to music. Griswold will perform at the concert.

In the 80-page memoir Stevens writes “That was a great and glorious period during the 1880’s.  We played and played, and had not a care in the world.”  His memoir describes holidays in the family home; his experiences as a student at Phillips Academy; and many historic moments such as the blizzard of 1888, and the death of President James A. Garfield.

The premiere of the work by the Essex Chamber Music Players took place in 2007 at North Parish Church in North Andover which Horace Stevens attended as a boy. Kathy Stevens, another granddaughter, lives in the family home on Academy Road near North Parish.

“Growing Up In North Andover” will be recorded during the concert and immediately afterwards. It will be part of the soon to be released Preserving Merrimack Valley Local Cultural History Through Music, Volume 1.

Under the artistic direction of Michael Finegold, professor emeritus of music, Northern Essex Community College, ECMP performs chamber music written from the 17th century through the 21st century.  Its motto is “Music for the Twenty-first Century: Treasures of the Past, New Music Premieres”.  ECMP performs throughout New England and is in residence at Northern Essex Community College, Haverhill, MA.  This concert is part of the ECMP project titled Preserving Local Cultural History through Music.

For additional information go www.ecmp.org or contact Michael Finegold at