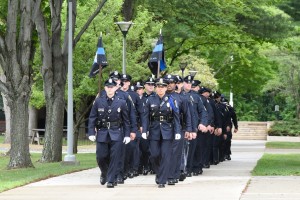 Police recruits process in to the graduation.

Forty-five new police officers graduated from the first class of the Northern Essex Community College/Methuen Police Academy in a ceremony at the college on Friday morning.

Michael J. Havey, Jr. of Methuen, who has worked as a part-time police officer and a security guard at Northern Essex, has been hired by the Methuen Police Department, and he was planning to start his first shift Sunday at 12:30 a.m.

“I loved this program,” he said. “It was very challenging and I learned a ton.”

Havey always wanted to be a police officer and he’s following in the footsteps of his father, Michael J. Havey, Sr., who has been with the Methuen Police Department for 30 years. His father received his associate degree from Northern Essex. 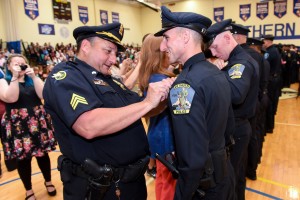 The 45 graduates— a quarter of whom are veterans—have been hired by 16 different police departments in Massachusetts.

They completed an intensive 21-week program that covered constitutional law, prevention and intervention, community policing, domestic violence, elder abuse, victims’ rights, and other topics. All training took place on the Haverhill Campus except for fire arms training and emergency driving techniques which were held at off-campus locations.

The academy opened in February of this year in response to a shortage of academies in the area. At the time, Haverhill Police Chief Alan DeNaro, said that the Merrimack Valley has needed a regional police academy for over 25 years. “By partnering with NECC, we will be able to move quickly and efficiently train our new recruits as they embark on their chosen profession.”

Many of the speakers focused on the current climate and how challenging a public safety career can be.

“In light of what is going on, I hope that you will be prepared and recognize you are part of the community,” said Zivkovich. “There has to be excellence in everything you do; there is no room for mediocracy.”

Speaking on behalf of the academy advisory board, Chief Solomon said this academy focused on community engagement and community service. “Eighty-five percent of your job is community service, and nothing is more important.”

Sheriff Cousins told the new officers that “Being prepared to make sound decisions in challenging situations is what your job is all about…your behaviors will be held to a higher standard. What you do has never been more important.”

Class President Sawyer spoke about the team spirit of the class. “In these last 21 weeks, 45 strangers have become a family. You set the bar high and you pushed us to our limits and showed us our real potential. We took away what teamwork was all about, to help everyone and never leave anyone behind.”

The NECC/Methuen Police Academy will enroll its second class this fall. Due to its success, the program has grown and the academy will now train Essex County corrections officers.

For more information, contact George Moriarty at gmoriarty@necc.mass.edu or 978 556-1224.

Here is the list of the 46 2015 Police Academy Graduates 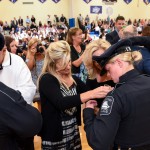 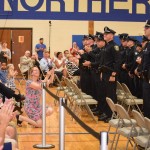 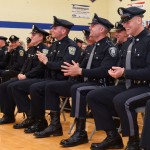 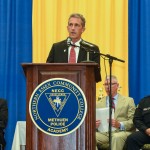 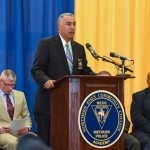 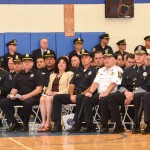 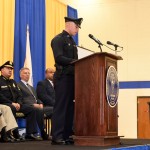 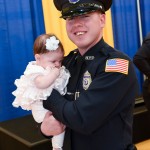 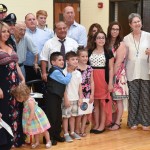 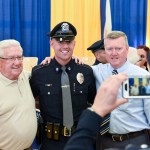 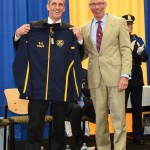 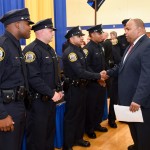 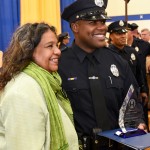