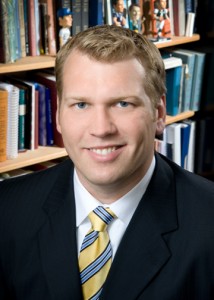 He brings his message to Northern Essex Community College on Wednesday, October 21, at 7 p.m. in the Hartleb Technology Center on the Haverhill campus. This event is free and open to the public. This should be of interest to educators, athletes, and parents of athletes.

Nowinski, a former Harvard football player and alumnus who enjoyed a brief stint as a professional wrestler with the moniker “Chris Harvard”, is also a victim of post-concussion syndrome. He now travels the globe educating others on the “concussion crisis” in sports. Concussions are not new and, according to Nowinski, each year some 3.8 million concussions occur and one in six concussions are undiagnosed. Concussions can result in Chronic Traumatic Encephalopathy (CTE). Nowinski wants to do something about this epidemic.

His 60-minute presentation, followed by a question and answer period, is the first in Northern Essex’s newly created STEM Speaker’s Series designed to introduce a wide range of STEM topics to the general public. It is funded by a grant from the Massachusetts Department of Education’s STEM Starter Academy, which is an initiative of the 15 Massachusetts community colleges to inform, engage, recruit, retain and graduate more students in science, technology, engineering and math, through STEM Pathway programs leading to job placement or transfer to university STEM programs.

A visit with renowned neurosurgeon Dr. Robert Cantu first exposed Nowinski to medical research indicating that concussions and brain trauma were misunderstood in the sports world. He realized that this lack of awareness among athletes, coaches, and even medical professionals not only cost him his career, but also threatened the health and well-being of athletes of all ages.

“The effort to solve the concussion crisis is no small task,” says Nowinski. “But a national, collective effort gets us closer each day.”

So, he has made it his mission to spread the word about the significant and often tragic consequences of concussions and what can result in CTE. He uses personal stories and humor to entertain and enlighten audiences.

Today the 37-year-old Nowinski is the founding executive director of the Concussion Legacy Foundation (CLF), a non-profit organization dedicated to solving the sports concussion crisis through education, advocacy, and research. Chris also serves as the Outreach, Recruitment, Education, and Public Policy Leader at the Boston University CTE Center, the first research center in the world dedicated to the study of chronic traumatic encephalopathy (CTE), a degenerative brain disease associated with brain trauma, which he co-founded, and is a Ph.D. candidate in Behavioral Neuroscience at Boston University School of Medicine. He is the author of the book Head Games, as well as 18 medical journal articles.

“The Concussion Legacy Foundation is determined to usher in positive change on a national scale,” he says. “Researching the brains of hundreds of former athletes helps provide answers about what action we can take on a national level to reduce the long-term effects of brain damage from sports. Campaigns to make youth soccer and football players safer build concussion awareness among parents and coaches.”