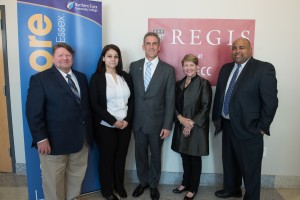 Regis, a leading Catholic University,  Northern Essex Community College (NECC), and the City of Lawrence today announced the launch of a new satellite of Regis in downtown Lawrence.

The satellite, Regis North, will focus on bringing new educational and professional opportunities to the city and area residents.  Through a partnership with NECC, Regis will offer flexible and convenient bachelor degree completion programs in nursing, public health and health sciences that lead to in-demand health care careers.

The Regis North satellite is fully accredited by the New England Association of Schools and Colleges (NEASC).  Regis is staking a claim for a future in the City of Lawrence, planning to expand degree offerings beyond nursing and public health to include a variety of health professions degrees and to grow as student demand increases.  Students will be able to earn 100 percent of their credits toward a Regis bachelor’s degree at the Lawrence site. Additionally, all graduates receiving a Bachelor of Science in Nursing from Regis North will have a minor in public health, reflecting Regis’ strong commitment to education in health care, not just for the individual, but for the entire community as well.

“This is the beginning of a strong, fruitful relationship with the City of Lawrence and NECC,” said Regis president Antoinette M. Hays, PhD, RN.  “Regis has a long track record of educating multicultural, first-generation students and sees great potential in the residents of Lawrence.  We believe we can significantly contribute to the area’s economy by improving the quality and skill of our healthcare workforce.”

“Northern Essex has over 1800 students enrolled in one of our 25 health care programs.  Thanks to this partnership with Regis, after graduating from Northern Essex, these students can continue their education close to home, while working in the health field,” said Lane Glenn, president of Northern Essex.  “We now have an educational ladder for local residents who want advanced health degrees.”

The collaboration between Regis and NECC allows students settled in the Lawrence area easy access to well-respected, accredited bachelor degree programs, including the Regis nursing program which is designated a “Center of Excellence in Nursing Education” by the National League of Nursing. The two institutions have worked together to create flexible and convenient program options, ideal for students balancing family, employment and other responsibilities while advancing their education.

“We are excited to have Regis College and appreciative of the investment they are making in Lawrence.  Together with NECC and its expansion, Lawrence is becoming a place where young people can come for a high quality education with a real path to a rewarding career. Regis North helps solidify the idea that Lawrence is open for business, and I thank President Hays and President Glenn for Making Lawrence Better,” said Mayor Daniel Rivera.

Regis North’s baccalaureate degree completion programs come as leading nursing and public health professional organizations such as the American Association of Colleges of Nursing (AACN) and the U.S. Department of Health and Human Services (Healthy People 2020) are calling for increasing diversity in the nursing and public health workforces to better reflect the changing population demographics of the country.  As part of this effort, the associate’s to bachelor’s degree completion program in nursing at Regis North is also responding to the calls of professional organizations for an increase in the number of bachelor’s prepared nurses.

Here’s a short video from the announcement event. 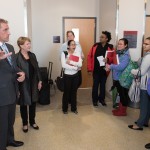 President Glenn and President Hays shared details on the new partnership with a group of nursing students who stopped by to find out what was happening. 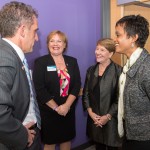 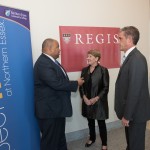 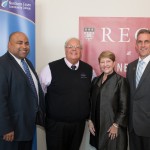 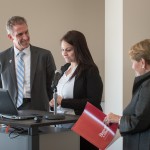 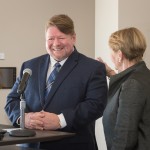 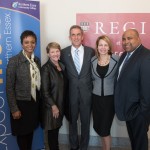 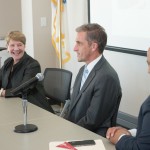