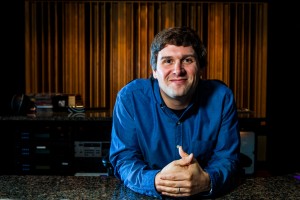 This event, which is free and open to the public, will explore the mechanics of music mastering from a leader in the field. Music mastering is the final creative step in transforming a recording into a record. 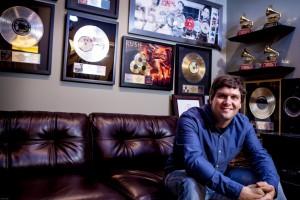 Ayan, who grew-up in Malden and Windham, NH, graduated from Pinkerton Academy (Derry, NH). He is also a graduate of UMass Lowell’s Sound Recording Technology (SRT) Program. He works as a mastering engineer at Gateway Mastering Studios in Portland, Maine, where he has collected more than 90 gold, platinum, and multi-platinum albums.

In 2006 Ayan won his first Grammy Award in the category of “Best Historical Album” for his mastering work on the Jelly Roll Morton box set “The Complete Library Of Congress Recordings By Alan Lomax.”

Ayan was nominated again in 2008 (the 50th Annual Grammy Awards) for a Grammy Award in the prestigious “Album of the Year” category for his mastering work on Vince Gill’s latest release “These Days.”

“Ayan is one of the most celebrated music professionals who most people have never heard of,” according to Mike Lecuyer of NECC’s Music Department. “Rock legends and country crooners alike trust him to make the final adjustments to their recordings when cutting an album.”

Northern Essex offers a certificate in music technology and an associate’s in general studies: music.  For additional information on the music certificate or degree programs visit www.necc.mass.edu