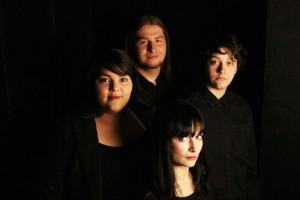 The coming of age musical, “Edges: A Song Cycle” will be presented by Northern Essex Community College’s Top Notch Players on Friday, February 19, and Saturday, February 20, at 7:30 p.m. in the Chester W. Hawrylciw Theater on the third floor of the Spurk Building on the Haverhill campus.

The NECC adaptation will be directed by Northern Essex student Geehae Moon of Haverhill, with fellow NECC student Christian Doyle of Newburyport as assistant director. The musical director is Brian Nickerson of Amesbury.

Edges is a musical that confronts the trials and tribulations of becoming adults and the search for love, commitment, and meaning, says NECC theater professor Jim Murphy.

Tickets are $10 for general admission and $8 for students and senior citizens. Tickets are available at the door or at www.MVarts.info.

The musical’s most famous song, “Be My Friend”, has come to be commonly known as the “Facebook song”

In 2006 Pasek and Paul won a $20,000 Jonathan Larson Award, becoming the youngest to ever win the award, which was established by the estate of “Rent” composer Jonathan Larson to encourage composers, lyricists, and book writers at the beginning of their careers.

NECC offers an associate degree in Liberal Arts: Theatre Option which offers the opportunity to sample various aspects of theater. Individuals can take courses in acting, directing, improvisation, children’s theater and may earn credits for working on college productions in stage management and technical theater. Graduates can pursue many career paths or transfer to a bachelor’s program in acting, directing, or technical theater for employment as an actor, theater manager, house manager, stage manager, set, lighting, costume or sound designer, technical director, or scenic artist director.