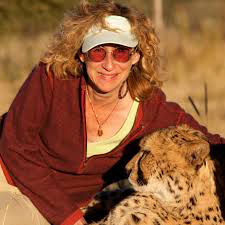 Immersion author Sy Montgomery will be the next speaker in the NECC STEM Speaker’s Series. She will discuss her new book “The Soul of an Octopus”.

Five years ago, author Sy Montgomery met Athena, a giant Pacific octopus at the New England Aquarium. It changed the New Hampshire resident’s life and resulted in her most recent book, “The Soul of an Octopus,” which she will discuss during Northern Essex Community College’s STEM Speaker’s Series lecture on Wednesday, April 6, at noon in lecture hall E155 on the Haverhill campus, 100 Elliott St.

Her 60-minute presentation, followed by a question and answer period and book signing,  is the second lecture in NECC’s newly created STEM Speaker’s Series designed to introduce a wide range of STEM topics to the general public. It is funded by a grant from the Massachusetts Department of Education’s STEM Starter Academy, which is an initiative of the 15 Massachusetts community colleges to inform, engage, recruit, retain, and graduate more students in science, technology, engineering, and math, through STEM Pathway programs leading to job placement or transfer to university STEM programs.

The American Library Association has chosen “The Soul of an Octopus” as one of its 25 Notable Books for 2016.

Montgomery is a naturalist, documentary scriptwriter, and author of 20 acclaimed books of nonfiction for adults and children, including the “The Good Good Pig:  The Extraordinary Life of Christopher Hogwood,” her memoir of her life with her pet pig. The book was a national bestseller.

The recipient of numerous honors, including lifetime achievement awards from the Humane Society and the New England Booksellers Association, Montgomery lives in New Hampshire with her husband, Border Collie, and flock of chickens.

Montgomery is a self-described, immersion journalist who has been chased by a giant silverback gorilla in Zaire, bitten by a vampire bat in Costa Rica, worked in a pit crawling with 18,000 snakes in Manitoba and handled a wild tarantula in French Guiana, in her quest to learn the real story of how these creatures live.

After a 2011 Orion magazine piece, “Deep Intellect,” about the sensitive, sweet-natured giant Pacific octopus at the New England Aquarium went viral, Montgomery knew she had her next book idea. In “The Soul of an Octopus,” she chronicles a growing scientific appreciation of the octopus’s intelligence, personality and memory. She also tells a love story about coming to know a complex and spirited creature.

In anticipation of Montgomery’s visit and lecture, Northern Essex will hold a book club event to discuss “The Soul of an Octopus” prior to her visit. For details regarding the book club event or the lecture, contact Carolyn Knoepfler, PhD, NECC’s assistant dean of math and science at 978-556-3541 or cknoepfler@necc.mass.edu

For additional information on Sy Montgomery visit her website.