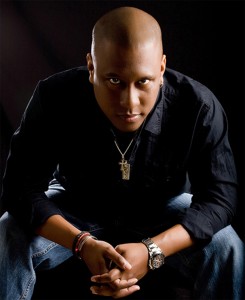 Greg “Stryke” Chin will demonstrate the leading music editing software during a special presentation on April 25.

Music producer, recording artist, and author Greg “Stryke” Chin, of Miami, Florida, will be a guest presenter at Northern Essex Community College on Monday April 25, at 2 p.m. in TC 220 in the Hartleb Technology Center on the Haverhill campus. The principle presenter for the leading music-editing company Avid Pro Audio team, he will demonstrate the company’s product – Pro Tools 12.

Stryke is an accomplished, electronic, music producer and DJ. He also serves as a trustee of the Florida Chapter of the Recording Academy and sits on the board of directors of the Grammy Foundation.

He is known as “Florida’s Godfather of Techno” with releases on labels such as Ovum, Plastic City, Nervous, and more.

The presentation will include a demonstration of both basic and advanced functions and features in Pro Tools 12, including cloud collaboration, track freeze and commit. Stryke will share some of his personal favorite tips and tricks that are essential to his workflow.

Born and raised in Kingston, Jamaica, he started playing classical piano at the age of four. By the age of 10 he had moved to Miami. Eventually, he became involved in the early electronic alternative scene. His love for Beethoven and Chopin were quickly joined by his new love for groups such as Depeche Mode and New Order.

Stryke bought his first synthesizer when he was 12 and quickly learned the ways of additive synthesis and began writing electronic songs with his monophonic Roland SH-101 synth.

He discovered house and techno from a mix tape given to him by his cousin who was a DJ in New York. He was hooked. At age 14, he had already begun DJing to make money to buy more synthesizer equipment. But after discovering this new underground dance music, he became as passionate about DJing as he was about making music.

“Both production and DJing have really become one in the same for me,” he says. “I really can’t separate the two. The words musician, artist, and DJ, all have the same importance to me.”

Stryke spends time throughout the globe, giving clinics and seminars about his use of Avid’s products and their use in his creative work.

For additional information on the presentation contact Mike Lecuyer at mlecuyer@necc.mass.edu

The NECC Associate in Arts Degree: Music Option provides students with a foundation for success in musical performance, music education, and music computer technology. Those who complete the program will have gained a diverse range of skills, from reading and writing music to teaching and performing, and will be prepared for transfer to a four-year institution.