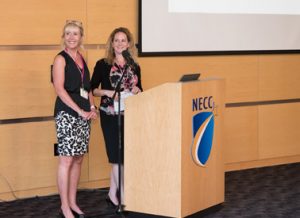 NECC faculty and early adopters of Open Educational Resources Sue Tashjian and Jody Carson welcomed more than 200 at the kickoff of the statewide initiative.

OER, allows educators and students to freely and legally access, reuse, and adapt educational resources – most electronically – instead of using costly textbooks.

NECC’s campus was selected, in part, because Northern Essex faculty members Susan Tashjian and Jody Carson were early adopters of the OER. To date, their efforts over two academic years, saved NECC students more than $450,000. 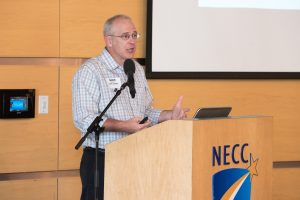 Tashjian, is the coordinator of the Center for Instructional Technology and adjunct faculty member in CIS, and Carson, is an early childhood education professor and instructional coach in CIT. They noted that in addition to saving students money, faculty can customize and remix high-quality course materials creating an interactive and engaging content for students. OER may include news articles, embedded videos, learning objects, and even textbooks – all for free.

Representatives from each of the 15 Massachusetts community colleges, many of whom have dabbled in OER, attended the conference to learn about the initiative, participate in breakout sessions, and collaborate with colleagues on how to begin and/or grow an OER program on the individual campuses. 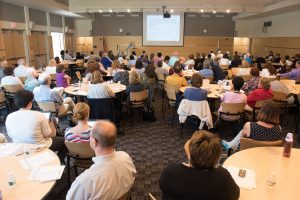 More than 200 faculty and staff from all 15 Massachusetts community colleges attended the kickoff of the OER statewide initiative.

“We realized lots of (community colleges) already had initiatives at different stages,” said Tashjian. “We thought it was time to bring everyone together in order to join efforts and share materials.”

While other parts of the country embraced the use of OER years ago and have solid sharing initiatives in place, there are currently none in the northeast, said Carson.

Tashjian and Carson initially became involved in OER two years ago through the Textbook Taskforce. One of the resulting projects was the Adopt Open Faculty Project. NECC faculty, who were interested in replacing test with OER/library resources at no cost to the students, were invited to participate. One sociology professor replaced her $200 textbook with an open textbook. She taught 4 sections with a total of 96 students with a realized saving of almost $20,000 in one semester.

NECC’s initial seed money came from academic affairs, NECC Fund, and a TAACCCT Grant. This project was funded in part by a $20,000,000 grant from the US. Department of Labor TAACCCT program.” 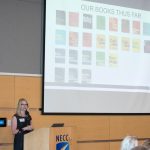 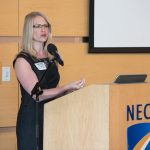 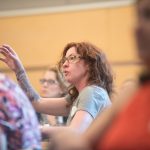