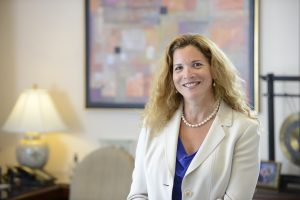 Enterprise Bank’s Rosalin Acosta is the newest appointment to the NECC Board of Trustees.

Governor Charlie Baker recently announced that Enterprise Bank’s Rosalin Acosta of Amesbury has been appointed to the Northern Essex Community College Board of Trustees.  He also reappointed William D. Cox, Jr., Esq. of Haverhill to a second five-year term.

As senior vice president and managing director for Enterprise Investment Advisors, Acosta oversees operations for the wealth management and brokerage divisions of the bank.

A banking professional for 30 years, she has worked in wealth management, government banking, cash management and commercial lending for banks throughout the Greater Boston region including TD Bank, Fleet/Sovereign Bank, and Eastern Bank.

She has received many awards and honors including Boston’s Most Influential Women from the Women of the Harvard Club (2014); the YWCA’s Boston Academy of Women Achievers (2013); the American Red Cross of Northeast’s Community Hero (2013); the Association of Latino Professionals Lifetime Achievement Award (2012); and the Massachusetts Women’s Political Caucus Abigail Adams Award (2012).  El Planeta Newspaper named her one of the top 100 Most Influential Hispanics in Massachusetts in 2011 and in April of 2015 she was featured in Hispanic Executive Magazine.

NECC President Lane Glenn was pleased with Acosta’s appointment.  “Her financial background will be very helpful since our trustees oversee the college budget,” he said.  “Also, Rosalin is a role model for women and for Latinos, and she frequently speaks publicly about diversity and motivating young people, both topics of great interest to our student population.”

“I am honored to be named to the Northern Essex Board of Trustees, said Acosta.  “I look forward to working with President Glenn and the entire Board to continue to make a positive impact on the lives of our student body and in the communities we serve”.

Acosta was born in Cuba and earned her bachelor’s from Wesleyan University in Connecticut. 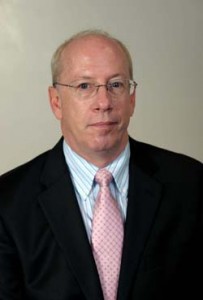 Attorney Bill Cox was reappointed to the college’s Board of Trustees.

Cox, who has his own law practice, also has held the position of city solicitor for Haverhill for more than a decade.  He was appointed to his first term on the NECC Board in 2011 by then Governor Deval Patrick.

With campuses in Haverhill and Lawrence, Northern Essex Community College offers over 70 associate degree and certificate programs as well as hundreds of noncredit courses designed for personal enrichment and career growth.  More than 6,600 students are enrolled in credit associate degree and certificate programs on the Haverhill and Lawrence campuses; and another 3,400 take noncredit workforce development and community education classes on campus, and at businesses and community sites across the Merrimack Valley.  Northern Essex is the only state college located in the lower Merrimack Valley Region of Massachusetts. For more information, visit the website at www.necc.mass.edu.