Guest Speaker Will Discuss the Education of Afghanistan Women 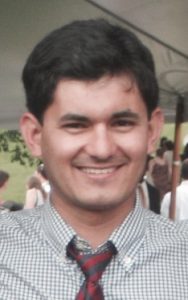 Mati Amin will be Northern Essex’s first speaker in the “One Geographic Region” Program, which explores the issues of the Middle East this semester.

Imagine being a girl and told your government will not educate you? This is the plight of the women of Afghanistan and will be the focus of discussion when Mati Amin, chairman of the School for Leadership Afghanistan (SOLA) visits Northern Essex Community College on Wednesday, October 5, from noon to 1 p.m. in the Bentley Library as part of NECC’s “One Geographic Region” Program which explores varying issues of the Middle East.

One Geographic Region is a project developed by NECC’s Office of International Studies in conjunction with the NECC Library. Its intent is to promote learning across disciplines and borders.

Amin, who will visit with two NECC classes before speaking at the library, will discuss the formation and mission of SOLA, what’s involved in founding a nongovernment organization in Afghanistan, and the future of the graduates of SOLA, which is dedicated to furthering educational and leadership opportunities in Afghanistan and the world for the new generation of Afghanistan, especially for women.

SOLA provides college preparatory courses to students aged 11 to 19 representing all major ethnic groups, religious sects, and tribes from Afghanistan. After completing the college prep classes, SOLA helps graduates enter universities worldwide and return to substantive careers in Afghanistan, where they often become the first women to enter their fields.

Mati is the holder of a B.A. in Economics and Political Science from Williams College, Mati currently serves as the Controller & Systems Manager at the Technical Training Foundation. He previously founded the Afghan Youth Initiative, a U.S. and Kabul-based nonprofit, and worked as a Senior Associate at Ashoka. A web developer by training, Mati also launched two startups, including a media solutions company. His extensive writing on development issues in Afghanistan have appeared in numerous publications including The New York Times, Foreign Affairs, The Diplomat, The Hill and USA Today.

During the 2016-2017 academic year the One Geographic Region program is highlighting the Middle East with speakers, films, and other programming. On Friday, Oct. 7, Dr. Bill Heineman, vice president of academic and student affairs, will present “The Middle East: It is not as Complicated as You Think from 1:30 to 3 p.m. in the Hartleb Technology Center; on Friday, November 4, Dr. Ligia Domenech will present Introduction to Islam: Some Basic Concepts” in the Dimitry Building in Lawrence from 2 to 4 p.m.; and on Friday, December 2, the film, “Wadjda” will be shown at Opportunity Works from 2 to 4 p.m.

Cedar’s Mediterranean Foods, Inc. of Ward Hill is donating an array of snacks including