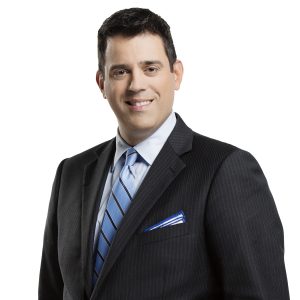 NBC Boston meteorologist Matt Noyes will be the guest speaker at NECC’s May graduation.

This year’s Northern Essex Community College graduates will be looking for clear skies and a bright forecast for the 55th annual commencement ceremony on Saturday, May 20, when NBC Boston Chief Meteorologist Matt Noyes steps up to the dais as guest speaker.

But just in case of any kind of extreme weather, commencement, as in past years, will be held under a tent on the quadrangle on the college’s Haverhill campus, 100 Elliott St. and approximately 1,000 graduates are expected to receive certificates and associate degrees.

Noyes, a native and current resident of Haverhill, is chief meteorologist at NBC Boston and NECN. He joined NECN in 2002 and launched the brand new NBC Boston this January. He broadcasts every weekday morning, all morning beginning at 4:30 a.m. to 7 a.m., then throughout the TODAY show with live weather updates.

Noyes, who attended Phillips Academy in Andover and earned a Bachelor of Science degree in Meteorology from Cornell University, turned to Northern Essex in the summer of 1997 when he was struggling with a college calculus class. He credits the NECC professor with boosting his calculus aptitude.

A member of both the American Meteorological Society and the National Weather Association, Noyes enjoys igniting interest and curiosity, for weather and the world around us, in others.

In addition to his forecasting experience, he has been an instructor of meteorology at the college level, and over his career has shared his weather knowledge and enthusiasm with over 120,000 students of all ages.

Noyes was awarded the Massachusetts State Police Public Service Award for assisting the organization in preparedness measures in case of major hurricane strike to the Commonwealth, and has traveled across New England to bring the science of meteorology into school classrooms, receiving a commendation from the Massachusetts State Senate for his educational efforts with children.

Before joining the NBC Boston and NECN family, he was a meteorologist at NewsChannel 34 in Binghamton, New York, and NewsChannel 9 in Syracuse.

“Our students will appreciate Matt’s story,” says President Lane Glenn. “We’re pleased that Northern Essex played a role, albeit small, in his journey to become a top flight meteorologist.”

For more information on NECC’s Commencement visit the website.