Film Scored by Northern Essex Professor to be Shown 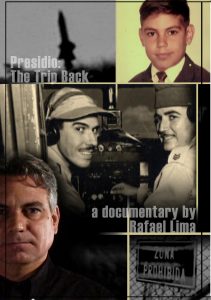 There will be a Showing of the award-winning, 2014 documentary “Presidio: The Trip Back,” on Wednesday, Oct. 18, at 6 p.m. in Northern Essex Community College’s Hartleb Technology Center on the Haverhill campus, 100 Elliot St. The hour-long film was scored by NECC music professor Michael Lecuyer.

Filmed with a digital home video camera by Rafael Lima, it recounts the infamous prison where Fidel Castro sent his political prisoners. Lima, who has worked as a reporter, screenplay writer, and college lecturer, was just eight years old when he would accompany his mother to the prison to visit his dad and two uncles. He shot the video in 1998 and 1999 when he returned to Cuba under the guise of a journalist writing about local diving resorts.

The documentary includes footage of the now barren La Cabana and El Presidio prisons, which have been the subject of books and human-rights reports, but until this video had never before been filmed.

This showing is free and open to the public.

Northern Essex offers an associate degree General Studies: Music Option which provides students with a foundation for success in musical performance, music education, and music computer technology. Those who complete the program will have gained a diverse range of skills, from reading and writing music to teaching and performing, and will be prepared for transfer to a four-year institution.