Berklee Professor to Speak at NECC 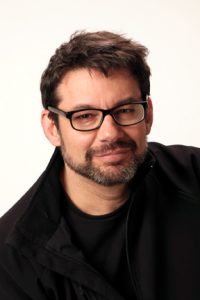 Acclaimed video game, movie, and television composer Duncan Watt, will be a guest speaker at Northern Essex Community College on Monday, November 6, at 1 p.m. in the Hartleb Technology Center on the Haverhill campus, 100 Elliot St.

Watt, an assistant professor of film scoring at Berklee College of Music, has worked in the television, film, broadcasting and digital game industries. A seasoned studio musician and producer, Watt appeared on more than 70 album projects before founding Fastestmanintheworld Media in 2005.

Outside of digital games, his music is featured in 2013’s summer blockbuster “Now You See Me” and appears in a number of popular TV shows, including “The Good Wife”, “NCIS”, and “Any Day Now”.

“Scoring for video games presents some pretty powerful challenges for the young composer,” Watt said. “While some aspects of the process are similar to traditional linear film scoring, in many cases the player is the one directing the action—which means the story can play out in many different ways. For example, in a film-noir setting, we might know the player will enter a bar—but will he or she make friends with the bartender, or shoot the place up? It’s the composer’s job to score for all outcomes, all emotions. Done well, a great game score makes a player feel the music was specifically written for their choices, actions, and decisions. And providing students with tools to accomplish that is the focus of my teaching…”

Northern Essex offers an associate degree General Studies: Music Option which provides students with a foundation for success in musical performance, music education, and music computer technology. Those who complete the program will have gained a diverse range of skills, from reading and writing music to teaching and performing, and will be prepared for transfer to a four-year institution.