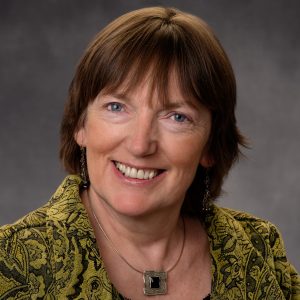 Presented by NECC, The White Fund Enlightenment Lecture Series is free and open to the public.

The English-born Kinealy received her PhD from Trinity College in Ireland. She has worked in educational and research institutes in Dublin, Belfast, and England. An authority on Irish history, she has lived in the United States since 2007. In September of 2013, Kinealy was appointed the founding Director of Ireland’s Great Hunger Institute at Quinnipiac University in Connecticut.

She has published extensively on modern Ireland, with a focus on the Great Hunger. These publications include, “This Great Calamity. The Great Irish Famine 1845-52”, “Repeal and Revolution. 1848 in Ireland”, and “Daniel O’Connell and Abolition. The Saddest People the Sun Sees,” and “Charity and the Great Hunger in Ireland. The Kindness of Strangers”. More recently, she completed a graphic novel on the Great Hunger, titled, “The Bad Times”

She was named one of the top 100 educators in Irish America. In March 2014, she was also inducted into the Irish America Hall of Fame. In 2017, she won an Emmy for her contribution to the documentary, “The Great Hunger and the Irish Diaspora”.

Frederick Bailey was born into slavery in Maryland in 1818. At 20, he escaped to the North and changed his surname to Douglass. As a fugitive slave, he remained in danger of being captured and returned to slavery.  For safety, in 1845, following the publication of his ‘Narrative’, he sought refuge in Ireland and Britain.  Frederick spent the early part of his exile in Ireland. He initially had intended to spend four days in the country, but the warmth of the welcome meant that he stayed for four months. He referred to this time as the ‘happiest moments’ of his life.

For additional information or to be notified of upcoming events in the White Fund Enlightenment Series, contact Analuz Garcia at agarcia@necc.mas.edu or call 978-738-7423 or visit the website.