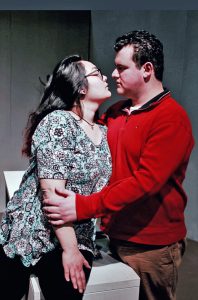 The Neil Simon comedy “Last of the Red Hot Lovers” will be presented by the Northern Essex Community College’s Top Notch Players.

The play’s protagonist, middle-aged Barney Cashman who married his high school sweetheart wants to have one sweeping extra-marital romantic fling in his tranquil, faithful, marriage before life passes him by. On three different afternoons, he brings women to his mother’s apartment while she’s at the hospital doing work. Behind plentiful laughs is a tender portrayal of a decent fellow who just can’t succeed in sinning. This is a comedy that will linger with you even when the laughs become an appreciative memory.

Tickets are $12 general admission and $10 for students and seniors.

The play is directed by NECC theater professor Brianne Beatrice.

Tickets will be sold at the door.  For more information or advance tickets please contact Brianne Beatrice at bribeats@gmail.com