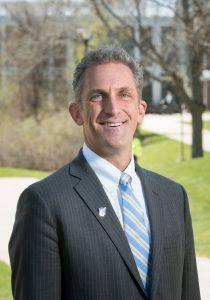 Launched in November of 2017, this non-partisan organization includes more than 300 college and university presidents and chancellors, who support policies and practices that create a welcoming environment for immigrant, undocumented, and international students on U.S. campuses.

Close to 40% of Northern Essex’s student population is Hispanic and in 2001, the college became the first federally designated Hispanic Serving Institution (HSI) in New England.  Northern Essex has campuses in Haverhill and Lawrence, MA.

“I firmly believe the adoption and pursuit of these principles are critical not only for the well being and success of NECC’s students, but for the economic and workforce development of the communities we serve, and the just and equitable future we strive toward for the Commonwealth of Massachusetts,” wrote Glenn in his “Running the Campus” blog.

The alliance’s founding statement, steering committee, founding presidents and membership can be found at www.presidentsimmigrationalliance.org.