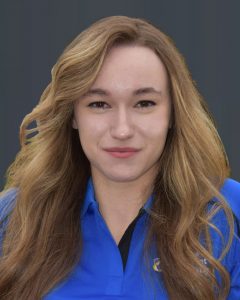 Courtney Morin of Amesbury has been elected the student trustee to the NECC Board of Trustees.

Courtney Morin of Amesbury was recently elected the student representative to the Northern Essex Community College Board of Trustees.

Home-schooled, Morin earned her GED/HiSET in 2015.  After enrolling at Northern Essex, she immersed herself in NECC life becoming an orientation leader, president of the Students for a Democratic Society Club, a member of the Student Leadership Institute and the Amnesty International Club, a staffer and contributor  to “Parnassus” NECC’s arts and literary magazine, and past president of the Student Government Association.

“I believe it is important to be involved with one’s community, as it’s not only beneficial for others, but also for one’s personal growth. I also believe that we should always strive to be bettering ourselves which is the part that I love most about NECC, that it provides a wealth of opportunities to accomplish this.”

After graduating from Northern Essex next May, Morin hopes to transfer to a four-year institution. She plans to purse both a bachelor’s degree and law degree before embarking on a career in human rights law.

Last year she was the recipient of both the Daniel Wilson Holroyd Memorial Scholarship and the Covanta Energy Scholarship. She was also one of just eight  Massachusetts community college students and one of more than 500 nationwide named as a semi-finalist for the Jack Kent Cooke Under Graduate Transfer Scholarship.

The NECC Board of Trustees includes nine members who are appointed by the governor of the state to a maximum of two five-year terms as well as an alumni-elected member, who also serves a maximum of ten years, and a student trustee who serves for two semesters. Morin, whose term begins July 1, will serve for 2018-2019.