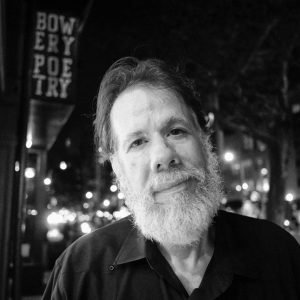 The Ruth Lilly Prize honors a living U.S. poet for outstanding lifetime achievement. Espada was awarded the prize in recognition of his contribution to poetry.

Born in Brooklyn, New York, in 1957, Espada has published almost 20 books as a poet, editor, essayist, and translator. His latest collection of poems is titled “Vivas to Those Who Have Failed.” Other books of poems include “The Trouble Ball,” “The Republic of Poetry,” and “Alabanza.”

In addition to receiving the Ruth Lilly Poetry Prize, he is the recipient of the Shelley Memorial Award, the Robert Creeley Award, the National Hispanic Cultural Center Literary Award, an American Book Award, an Academy of American Poets Fellowship, the PEN/Revson Fellowship and a Guggenheim Fellowship. “The Republic of Poetry” was a finalist for the Pulitzer Prize. The title poem of his collection “Alabanza,” about 9/11, has been widely anthologized and performed.

He earned a bachelor’s in history at the University of Wisconsin–Madison and a Juris Doctorate from Northeastern University. As an attorney, he served as supervisor of Su Clínica Legal, a legal services program for low-income, Spanish-speaking tenants in Chelsea. As a poet, an essayist, an editor, and a translator, he has dedicated himself to the pursuit of social justice, and fighting for the rights of Latino community.

Espada is a professor of English at the University of Massachusetts-Amherst.

The views expressed in the White Fund Enlightenment Series Presentations are the views of the speaker and do not necessarily reflect the views or policies of Northern Essex.