POSTPONED: Lawrence’s WWI Veterans are the Focus of Tribute 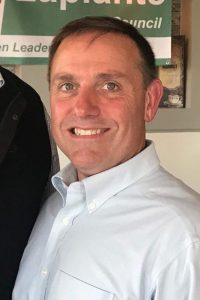 Due to Weather, this event has been POSTPONED until further notice.

The event is free and open to the public. It will be held at 11 a.m. in Room 301 of the Dr. Ibrahim El-Hefni Allied Health & Technology Center, 414 Common St., Lawrence.

The project spotlights 35 of the 200 Lawrence residents who lost their lives during World War I and were given special recognition by city officials with a bridge, park, square, or building named for them. During WWI, more than 5,500 Lawrence residents either enlisted or drafted into military service.

The stories of the 35 veterans have been lost over the years. LaPlante, a Lawrence city councilor, has rediscovered their stories and shares them through video, which he has written and produced.

LaPlante has traveled to France to honor many of these soldiers and to learn more about the United States’ involvement in the “Great War.”

He works for the Massachusetts Department of Environmental Protection, graduated from law school in 2006 and is a non-practicing attorney. He has served on the City Council more than 13 years representing Tower Hill and South Lawrence East. He lives with his wife and three school-age children in the Colonial Heights section of Lawrence.

When he is not at work, pursuing city council duties, or involved in family activities, he is an avid beekeeper who also has four egg-laying hens.