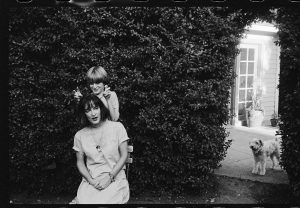 Prominent New York photographer Lloyd Ziff, whose works hangs in the private collections of actress Diane Keaton and photographer Annie Leibovitz, will bring his works to Northern Essex Community College in an exhibit titled “Being Alive – The Photography of Lloyd Ziff,” beginning Tuesday, Oct. 30, through Saturday, Dec. 1. There will be an artist’s talk and reception on Thursday, Nov. 1, from 3 to 5:30 pm.

The exhibit, which includes more than two dozen black and white photos, will hang in the Linda Hummel Shea ArtSpace in the Harold Bentley Library on the Haverhill campus, 100 Elliott St. This exhibit is free and open to the public during library hours, which are Monday through Thursday 7:45 a.m. to 9 p.m. and Friday, 7:45 a.m. to 4 p.m. 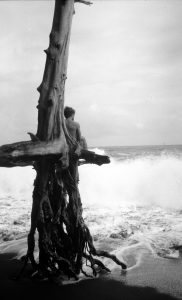 Ziff’s works hang in the permanent collections of The Los Angeles County Museum of Art and The Museum of the City of New York. They have been published in “The New York Times Magazine,” “Paris Vogue,” “Rolling Stone,” and “Vanity Fair”. He has been taking photos since he was an illustration and graphic arts major at Pratt Institute in Brooklyn, NY, he took a photography class to fulfill a credit requirement.

“Photography and the magic of the darkroom gave me a medium to express what only I felt,” he said. “I never drew again.”

His first earnings went to purchasing a Leica M2 with a 32mm lens, which he used almost exclusively until 2008 when his friend Annie Leibovitz gave him two new digital Leicas. Now, in addition to the Leicas, he shoots with his iPhone X.

““Sometimes, when I shoot a photograph I can feel it will be great,” Ziff said. ”This doesn’t happen especially often, but it happens often enough for me to recognize the buzz I feel instantly traveling from my eye to my brain to my heart.”

After living abroad for a number of years, he returned to the states and worked as a successful editorial art director for “Rolling Stone,” “House & Garden,” and several other publications. In 2000, he stopped designing to concentrate on his photography. 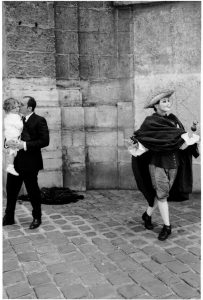 A 2004 black and white photograph by Lloyd Ziff.

“Making photographs was what I loved doing the most. I finally decided I wanted my photographs to be seen by more people than just my friends,” Ziff said. “Showing my portfolio to galleries, art directors, book publishers, strangers, made my palms sweat something that never happened when I showed my art direction portfolio. The excitement of essentially beginning a new career has been exhilarating. Now after over 50 years, I see the sensibility that links all my best photographs, my sensibility, is the basic joy of being alive, and has been the prevailing theme of my work since I learned how to see.”

Northern Essex offers an associate degree in general studies: Art and Design. Students train to work as a graphic designer or illustrator to prepare for a career in the multimedia field including web development, media production, and computer graphics. Students can also complete their first two years at NECC and transfer to a four-year art program.

The exhibit is sponsored by the Haverhill Cultural Council as well as the NECC Liberal Arts Division & the Art Dept. For additional information contact mmannheimer@necc.mass.edu or pkidney@necc.mass.edu