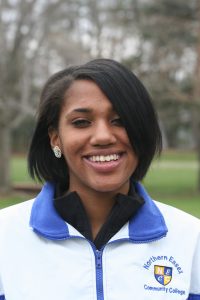 Northern Essex Community College and its athletic department have created an Athletic Hall of Fame to recognize the accomplishments and history of the athletic program at NECC. The inaugural induction ceremony is scheduled for Thursday, February 28, at 6 p.m. in the Hartleb Technology Center on the Haverhill campus, 100 Elliott St. The event is open to the public. Tickets may be purchased in advance for $30.

The inaugural inductees include one individual and one team. Noelia Figuereo of Haverhill, a two-time NJCAA track and field national champion, and the 1970-71 Men’s Basketball Team will be the first inductees. They will be permanently recognized in the college’s Sport and Fitness Center.

Both the individual candidate and team must have distinguished themselves through outstanding achievement in intercollegiate athletics. Individuals must have graduated from NECC or moved on to a four-year institution or played professionally after NECC, five or more years ago, while maintaining satisfactory academic standing, according to Dan Blair, director of athletics at NECC. While athletic achievement is important, character and good standing will also be considered

Figuereo is one of the most decorated female athletes in NECC’s history. A two-year member of the women’s track and field program, she was a two-time NJCAA National Champion, capturing the Women’s 200-meter national championship in 2010 and returning again in 2011 to claim the 100-meter title.

One of the most successful teams in the college’s early years, the 1970-71 Men’s Basketball team captured the state community college title and also claimed the Eastern Massachusetts Small College Conference Championship. Coached by the late Jack Wysong, who was a member of NECC’s first graduating class, the team avenged two regular season losses to Massasoit to win the state title.

For more information on the Hall of Fame and induction ceremony, please contact Blair. For registration and tickets are available online.