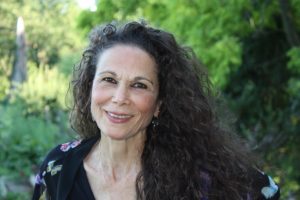 Author Julia Alvarez will be the next White Fund speaker Thursday, April 25, at the Lawrence Public Library.

It’s been 25 years since “In the Time of Butterflies,” by Julia Alvarez was published. The book, which presents a fictional account of the real-life Mirabal sisters who rebelled against Dominican Republic dictator Trujillo, is being re-released by Algonquin Press. Alvarez will present a White Fund lecture titled “Butterfly Power: An Evening with Julia Alvarez,” offered in partnership with Northern Essex Community College and the Lawrence Public Library.

Alvarez will read excerpts from the book followed by a book signing. The event is free and open to the public on Thursday, April 25, at 6 p.m. at the Lawrence Public Library, 51 Lawrence St., Lawrence. Area book clubs are encouraged to read the book and attend the event.

The new edition of “In the time of Butterflies,” will be on sale. This will be her second visit to Lawrence.

Born in New York City in 1950, Julia Alvarez’s parents returned to their native country, Dominican Republic, shortly after her birth. Ten years later, the family was forced to flee to the United States because of her father’s involvement in a plot to overthrow Trujillo.

Alvarez captured the story of the Mirabal sisters, who plotted to overthrow Trujillo and paid for it with their lives.

In addition to “Butterflies” Alvarez has written several novels including “How the García Girls Lost Their Accents,” “Yo!”,”In the Name of Salomé,” and “Saving the World”.

She has received numerous awards for her work including the Pura Belpré and Américas Awards for her books for young readers, the Hispanic Heritage Award, and the F. Scott Fitzgerald Award.  In 2013, she received the National Medal of Arts from President Obama.

For additional information on Alvarez or the White Fund Lecture Series contact Analuz Garcia at agarcia@necc.mass.edu