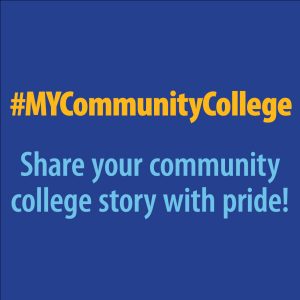 Lane Glenn, president of Northern Essex Community College, got his start at Rose State College in Midwest City, Oklahoma, and he could not be prouder or more appreciative of the education he received.

That’s why he is launching what he hopes will be a national campaign to draw attention to the reach of community colleges and the benefits they offer.

He is inviting everyone who attended a community college to share stories on social media using the hashtag #MyCommunityCollege.

Glenn is concerned that community colleges are often overshadowed by four-year colleges and universities, and his campaign is designed to address that.

“Once community college students drive off to that four-year college or university, then into their careers, very often the place that gave them their start fades into the rear-view mirror,” he says.  “As a result, community colleges are often overlooked, misunderstood, or even harmed when it comes to resources and public policy.” 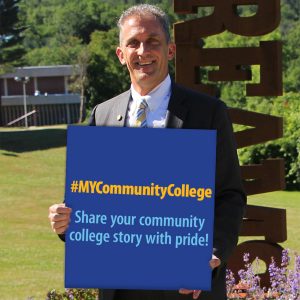 He also shares some interesting stats about community colleges, including the fact that nationwide almost half of all students who complete a bachelor’s degree at a four-year institution also attended a community college.

Glenn will be reaching out to high profile community college graduates such as actor Tom Hanks and writer Amy Tan and Northern Essex graduates who are active on social media such as Francisco Urena, Massachusetts secretary of veterans services, to get the conversation started.

He will also be inviting people to get involved with their community college by volunteering or donating.  Those interested in learning more about opportunities at Northern Essex can visit the alumni website.