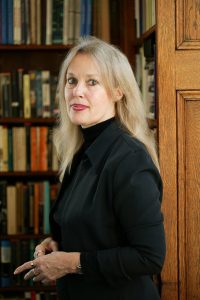 The last time nuclear weapons were used in combat was in 1945. So why is the discussion about these weapons relevant today?

Nuclear weapons will be discussed during Harvard Professor Elaine Scarry’s presentation ‘Are These Our Last Days on Earth?’ on November 13, 2019. The event starts at 11 a.m. in the Spurk Building’s Pentucket Bank Lecture Hall A, on the NECC Haverhill campus, 100 Elliott Street. Scarry’s discussion will explore information related to the United States strategic posture on nuclear war and the danger to humanity.

Scarry teaches at Harvard where she is the Cabot Professor of Aesthetics and the General Theory of Value. She was elected to the American Philosophical Society and the American Academy of Arts and Sciences. Her awards include honorary degrees from Northwestern University in the United States and Uppsala University in Sweden, as well as the Truman Capote Award for literary criticism, and most recently, the Zabel Award from the American Academy of Arts and Letters for a writer “of progressive, original, and experimental tendencies.” In 2005, Prospect Magazine and Foreign Policy named her one of the top 100 leading intellectuals.

She lectures both nationally and internationally on nuclear war, law, literature, and medicine. She has worked for nuclear disarmament for the last 30 years.  Her recent book – Thermonuclear Monarchy: Choosing between Democracy and Doom – explores her stance that nuclear weapons and governance are mutually exclusive.

This event is sponsored by the Civic Engagement Center and the Amnesty International and Students for a Democratic Society (SDS) clubs, it is free and open to all students and faculty of NECC. For more information on the event contact sslaner@necc.mass.edu.